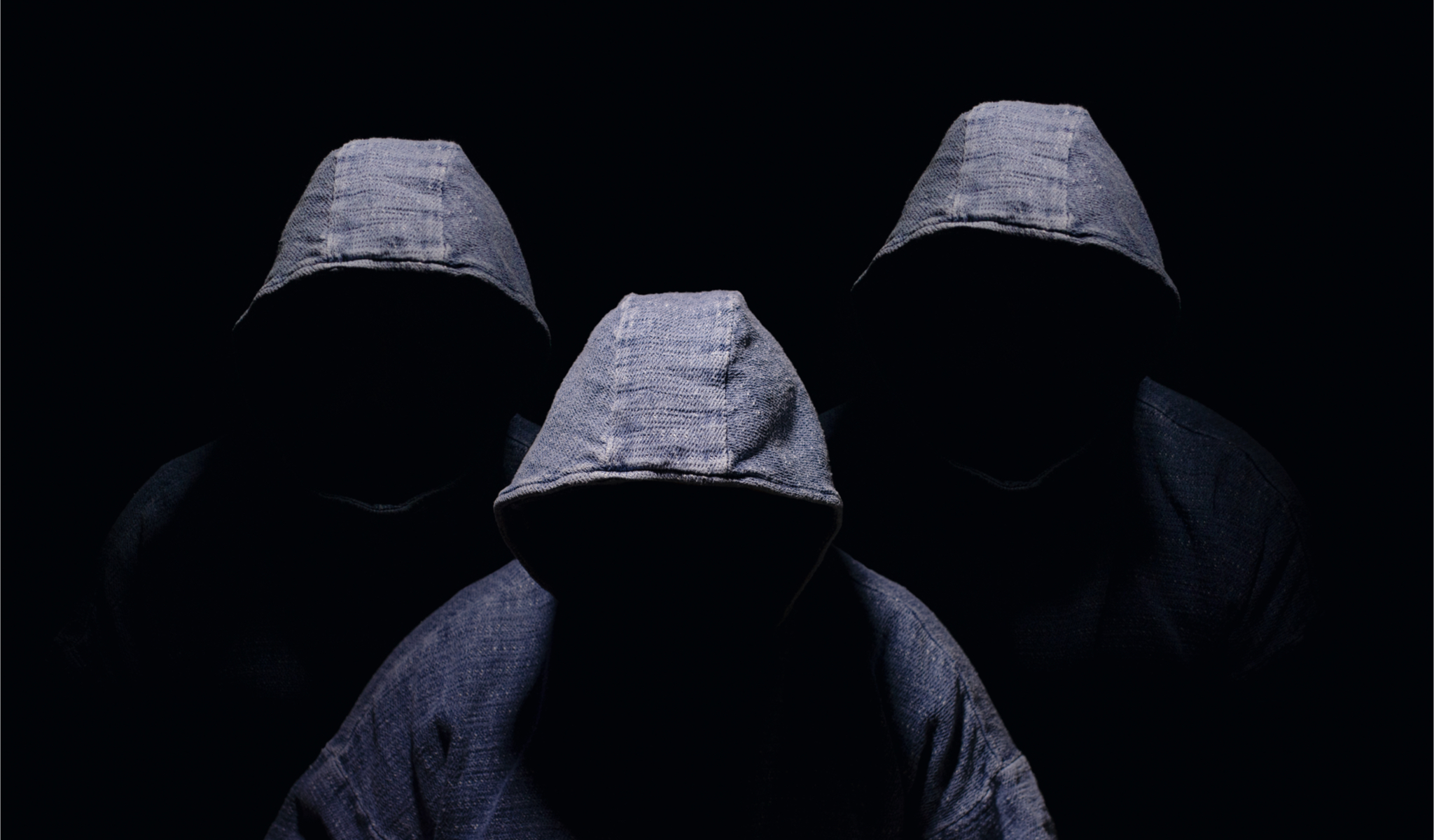 Some people say they don’t mind masks. I do.

In regular settings of commercial life, they rob people of their personalities and overt signs of human differences. They take away a major part of non-verbal communication. For that matter, they throttle verbal connections between people. I’ve spent a year and a half trying vaguely to make out the meaning of mumbles through masks, and straining my own vocal chords by talking through paper. Put a sheet of plexiglass up and it all becomes nearly impossible.

I thought I saw someone in the airport whom I recognized but couldn’t tell for sure based on ears, hair, height, and clothing alone. What to do? I tapped him on the shoulder and pulled down my mask: “Do you recognize me?” The slightly alarmed person shook his head no and kept moving. Oh well.

It’s all crazy. All in the name of virus control but 20 months of experience all over the world has failed to turn up evidence that any of it means anything.

Yes, masks can be useful. In mines. In surgery. In burning buildings. One day when I was walking in Seoul, South Korea, the air was temporarily so bad that I wished I had one. Many people did. Strapping that on is not something anyone welcomes but when it helps filter smog, you do it. Smog is one thing; a virus is another matter entirely.

I’ll spare you endless links to the absence of clear evidence that these paper coverings achieve virus control. Even if they did, we have given up a major part of what makes life wonderful, concealing our ability to communicate, recognize, and connect. They became a thing in the Spring of 2020 simply because our leaders couldn’t think of anything else to tell people to do to control the pathogen. They gave us a talisman. And they created a visual to remind everyone to panic.

It was always silly: humanity long ago discovered how to coexist with pathogens while continuing normal life, and otherwise enlisting medical services and depending on the astonishing scalability of the human immune system. This reliance on dehumanizing edicts is new and it’s failed.

So why do the mask mandates persist? There are many theories. The ruling class is unwilling to admit error so it keeps doubling and tripling down on absurdities. Maybe they have become sadistic. Masks also work to signal political obedience and ferret out enemies of the state who do not go along. If government wants a subjugated population of undifferentiated automatons, universal mask mandates take a solid step in that direction.

And yet I just found out another reason: revenue. I’ll explain.

I was in a store the other day when the owner put on his mask when I walked in. I was the only person in the store. I said that he can take off his mask. He said that he despises masks but if he takes his off, he would get fined thousands of dollars just like the merchant next door.

He said that the same is true if he fails to enforce the mask mandate against me. I don’t get in trouble with the police. He does. I asked how in the world anyone would know. He said there are two ways. Another person could walk by the shop and see me without the mask and call public health who would then call the police. He could take a picture and the merchant would be fined.

He said that a second way is for the cops to directly enforce this. They come and sit in the parking lots, sometimes wearing plain clothes, watching for employees who fail to enforce the mandates. If they spot them, they walk in a few minutes later and issue all kinds of citations. They do this any time, any day.

What they are after is not public health. They want money. The average local government lost 6% of their revenue in 2020 after many years of anticipating 3-5% increases in revenue year after year. They are now desperate to make it up. Local and state governments don’t have little Federal Reserves to print money for them. They can only spend what they can tax or raise through bond sales.

So Covid compliance enforcement has, to some extent, become a form of taxation done in the name of public health. Even at the federal level. “If you break the rules,” says Biden, “be prepared to pay.” Last month, the White House announced a doubling of fines for non-compliers, as high as $1,000 for first offense and $3,000 for the second offense.

At this point, hardly anyone really pretends that these things are somehow slowing or stopping the spread. They don’t do anything but they provide great opportunities for government to further pillage private enterprise. It’s a remarkable example of how a bogus practice hatched in the name of health became captured by special interests hoping to make a buck.

What matters here is that the merchants don’t have to actually believe in these mandates. They really don’t care either way. They would mostly rather see the faces of the customers and they would probably like to enjoy the freedom to breathe. But they would rather mask up and make others do the same to avoid the tax.

My point is that for these merchants living amidst mask mandates, it’s more complicated than it first appears. They cannot just engage in civil disobedience because doing so threatens their very existence. They are barely hanging on as it is. And when they tell you to strap one on your face, even if you know it is dumb, it is not just a simple matter of asserting your right to breath. The merchant is being threatened and blackmailed to elicit your compliance.

Every law and regulation offers an opportunity to collect money from compliance. How much money has local government collected? I find no figures on that, only anecdotes. The Metropolitan Transportation Authority is catching on and plotting a “mask blitz” this month.

Governments around the world have discovered this fund-raising tool: 11,000 people in the Netherlands have received tickets.

The longer the mask mandates exist, the more money government raises and the less incentive authorities have to relax them or allow them to go unenforced. Recall how Biden’s 100 days turned into masks in perpetuity, or at least until some new president is brave enough to call out the absurdity of it all.

Somehow this whole mess sums up everything about Covid policy. What started as a symbol that everyone knew was largely ineffective ends up as a bullying revenue racket.

Jeffrey A Tucker · 51 minutes ago
@jeffreyatucker
The Science Too Is Captured https://t.co/85h6oW4lQi
View on Twitter
5
32

In reply to
I'll be sharing later some truly hilarious stories of our time together, such as the time that he served an ambassador and his wife raw bacon, much to everyone's horror. Anyway, a wonderful and brilliant man.
View on Twitter
0
23

In reply to
there was never a chance that Russia would nuke anyone because the workers were certain that if they ever tried, they would blow themselves up first. Decades went by without good replacement parts for anything as simple as tractors.
View on Twitter
1
18

In reply to
reformers, and set me and many straight that Gorbachev was in no way the liberal many in the West saw him as. In fact, Yuri's view was that Gorbachev's war on alcohol was what led to the undoing of the empire. Plus, nothing worked in Russia. Nothing. Yuri always knew that
View on Twitter
0
8

Jeffrey A Tucker · 57 minutes ago
@jeffreyatucker
Very sad about the death Yuri Maltsev. Very soon after he defected from Russia (1989), we became fast friends and eventually best friends. We collaborated on many projects over those years, and his insights were invaluable. For he had worked closely with the Gorbachev team of
View on Twitter
5
50

Jeffrey A Tucker · 5 hours ago
@jeffreyatucker
The West Must Never Again Go Totalitarian https://t.co/zqC4im2VQ9 via @brownstoneinst
View on Twitter
17
68

Jeffrey A Tucker · 8 hours ago
@jeffreyatucker
The Impending US ICD Vaccine Passport and Its Unconstitutionality https://t.co/gJAZNT3vja via @brownstoneinst
View on Twitter
37
82

Jeffrey A Tucker · 9 hours ago
@jeffreyatucker
Who is "Jordon Trishton Walker"?, by @BrianOSheaSPI https://t.co/fwChCav1xN
View on Twitter
93
235