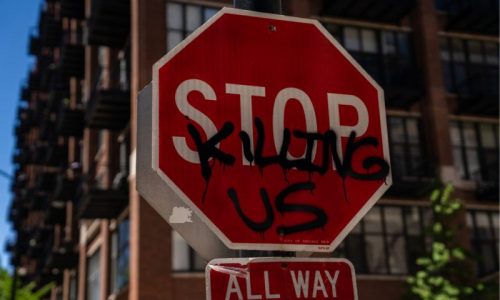 “Coronavirus hasn’t been a thing since Friday,” said a friend. “The new story is racism.” Following American media culture can… 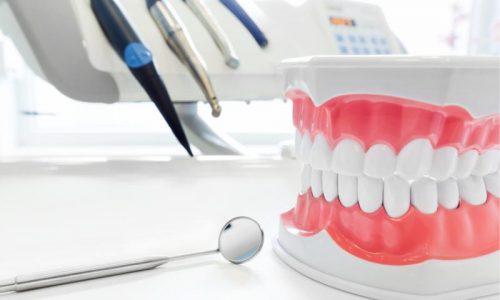 Last month, there was a bit of a chill in my right molar. My left molar was already capped after… 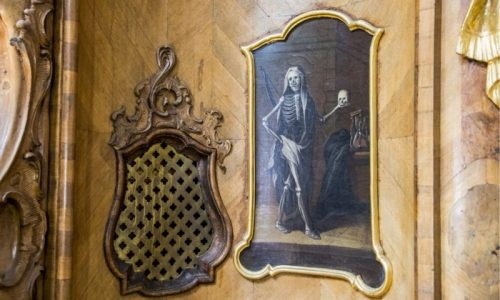 See if you can make sense of the following transcript of an interview with Donald Trump on the lockdown, as… 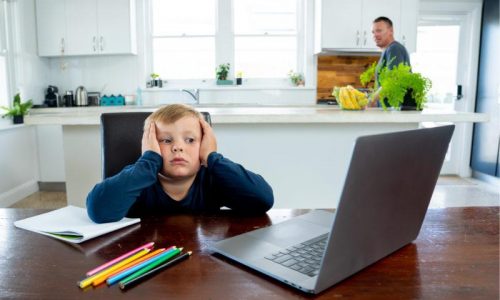 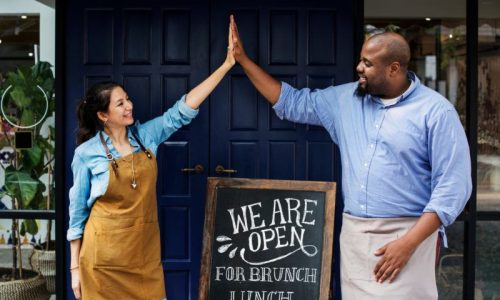 I wanted to celebrate the opening day of breweries in Connecticut. But it was hardly that. Open means freedom of… 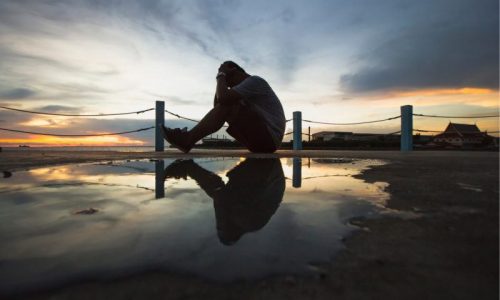 On March 28, the American Institute for Economic Research ran a terrifying article that didn’t receive the attention it deserved,… 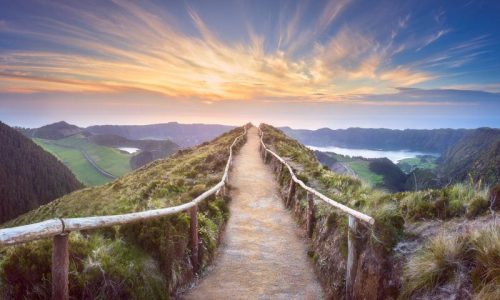 The record shows that the global economy collapsed not because of the COVID-19 pandemic but because governments around the world,… 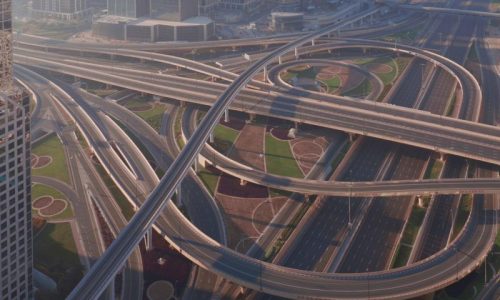 For two to three months, Americans have suffered the loss of liberty, security, and prosperity in the name of virus… 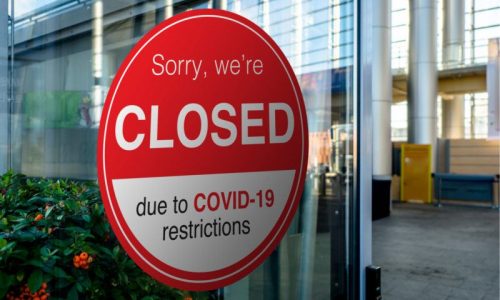 Now begins the grand effort, on display in thousands of articles and news broadcasts daily, somehow to normalize the lockdown… 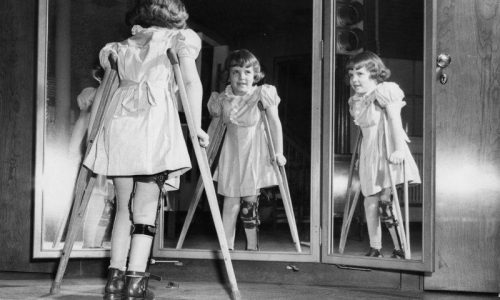 Many people infected with polio don’t show any symptoms. Some become temporarily paralyzed; for others, it’s permanent. In 1952, the…

Jeffrey A Tucker @jeffreyatucker
2 hours ago
This is a NYT editorial that tells a brazen untruth: the claim that the virus rather than the lockdowns did this. Why lie lie lie lie? https://t.co/RYp1YgSgXt
View on Twitter

Jeffrey A Tucker @jeffreyatucker
2 hours ago
How LockDowns Shattered the Structure of Production https://t.co/3q2ZfeKp4P from @aier
View on Twitter
5
9

Jeffrey A Tucker @jeffreyatucker
2 hours ago
The reason @aier is publishing data tomorrow showing the link between lockdown and economic misery is that some or many people are blaming the virus. False!!
View on Twitter
13
43

Jeffrey A Tucker @jeffreyatucker
2 hours ago
Sadly, governments and the media have created such insanely hysterical conditions such that the following is the last thing people would do today. Which is precisely what the older generation of virus killers predicted and which is why they warned against closures. https://t.co/UIwEuT6oiq
View on Twitter

In reply toThomas Crown
3 hours ago
@ZH_Crown yes, not for me but to prove that the media is lying
View on Twitter
0
0

Jeffrey A Tucker @jeffreyatucker
3 hours ago
The Lockdown Tinderbox: How the pandemic and shutdown may have fueled the rioting. https://t.co/MRmdLbsaHf via @WSJ
View on Twitter
7
28

Jeffrey A Tucker @jeffreyatucker
5 hours ago
There should be justice. There should be compensation. Political heads should metaphorically roll, along with the “public health officials” who advised them. https://t.co/xrzuKn6OaF from @aier
View on Twitter
6
20

Jeffrey A Tucker @jeffreyatucker
6 hours ago
Why would stocks rise since protests/riots began? Because at least it means the evil lockdowns are ending.
View on Twitter
26
121

In reply toBretigne Shaffer
6 hours ago
@Bretigne I kind of agree with you! But the myths are out there, and the data absolutely do not support them. The data are overwhelmingly clear: the lockdowns caused this.
View on Twitter
1
8

In reply toBenjamin Stephenson
6 hours ago
@Pathdom @5toeGimp @aier @PhilWMagness yeah sure, media hysteria and anticipation of lockdowns. then thing is that everything might also have normalized in less than a week but then lockdown happened.
View on Twitter
0
3

Jeffrey A Tucker @jeffreyatucker
7 hours ago
You see it everyday: the virus caused the economy to crash. BS! It was the lockdowns. @aier has an explosive empirical study coming out tomorrow to prove it.
View on Twitter
71
232

Jeffrey A. Tucker12 hours ago
"Coronavirus hasn’t been a thing since Friday,” said a friend. “The new story is racism.”

For three months, all we heard was the danger to life and civilization presented by a novel virus. Millions will die! Few will be spared! There will be unprecedented suffering unless we completely shatter the normal functioning of life. Lock down, shelter in place, and stand six feet apart – very strange exhortations never before heard in the modern history of annual viruses or any public policy in many lifetimes.

All of it enforced by the police power. The same police power that eventually landed on the neck of George Floyd.

They screamed that we had to close schools, shopping centers, sports, and only allow “essential” business to function even if tens of millions lose their jobs, because lives – lives that the police power has utterly disregarded during the protests – are just that important. Lockdown required that the law change on a dime, in violation of every legal precedent, every slogan in American civic mythology, and contradicting the whole of what made America great.

In three days in mid-March 2020, everything we previously believed had to end because we had to implement a new experiment in social control as cobbled together by “public health officials” some 14 years ago. They sat around for a decade and a half, bored and waiting to use the new way to combat viruses. Any old virus would do so long as it was a slow news day. COVID-19 was as good an excuse as any. Out was every foundational belief in liberty, property, and free association, in the blink of an eye.

That was 75 days ago. People were surprisingly compliant, but what could they do? They were scared, thanks to media frenzy, and they weren’t allowed out of their houses to protest in any case. When they did defy the orders to protest in front of capitol buildings, instead of staying home and watching CNN, they were derided by CNN as disease spreaders and enemies of public health.

I’m looking at the headlines today and all the news on the coronavirus is below the fold or in its own section. It’s all about the protests, riots, and looters. Racism. Trump is screaming for a crackdown while the media demands justice for police brutality. As for social distancing, this was absolutely yesterday’s news. Now a new ethos has taken hold: gather in the largest possible groups to demand social justice. And loot.

Absolute hymns to the glory of protestors and even rioters are the rule of the day, as if the public health threat of COVID-19 is so last week.

Looters, Lockdowners, and the Law
"Based on the speed and duplicity of the news cycle, we can predict with confidence that within six months, you won’t find a single person in public life willing to defend the lockdown. And yet it was this event that laid the foundation for the rest of the tragic unfolding of events that is...
aier.org
246 23    View on Facebook

Jeffrey A. Tucker1 day ago
This backlash against social distancing came but not in the way I expected.

There Will Be Blowback, In Mostly Good Ways
Our lives in the coming years will be defined by forms of backlash, as a much needed corrective. You can’t take away everyone’s rights, put a whole people under house arrest, and abolish the rule of law without generating a response to that in the future.
aier.org
133 11    View on Facebook

Jeffrey A. Tucker2 days ago
The model failed to account for nursing homes. https://www.aier.org/article/simcity-style-modeling-flunks-the-real-world-test/

SimCity-style Modeling Flunks the Real-World Test
“When it comes to predicting the actual mechanisms of the pandemic, including the danger it posed to nursing homes, the modeling approach appears to be functionally useless and catastrophically off the mark.” ~ Phil Magness
aier.org
42 2    View on Facebook

Jeffrey A. Tucker3 days ago
There’s an old 18th-century saying about the best-laid plans of mice and men. From such plans – the most prestigious public health professionals working with the most powerful people, deploying for the first time a new way to control disease – we now stand in the midst of rubble.

It seems hard to believe. It was only a few months ago that the United States had a strong economy and a bright future. How we went from domestic peace and prosperity in February 2020 to the madness – cities on fire, military rule, curfews, economic desperation – we see today will be the subject of historical reconstruction for many decades hence. We are already seeing the first drafts written now.

The people in the streets are said to be protesting or rioting, but in other ways this has elements of a rebellion. It’s a rebellion against controls over the population that should never have been imposed – based on law, precedent, and human rights. The American people put up with it for more than two months, even as the strictures and regulations were building a nationwide powderkeg.

The murder of George Floyd, a man forcibly disemployed from the Conga Latin Bistro under lockdown and passing a counterfeit $20 bill to escape poverty, was all too familiar. In this case, it was the fuse that lit up that powder. The outrage against such police abuses stretches back decades and is reason enough for people from coast to coast to scream: enough.

At the same time, there is much more going on here than police abuse of power. Floyd became a powerful symbol for people of all races and classes. He could have been any one of us. The boot on the neck smacks of Orwell’s chilling prediction of life under government plans: “If you want a vision of the future, imagine a boot stamping on a human face – forever.”

Americans refuse to acquiesce to that future.

That’s One Way to End a Lockdown
“The best laid plans: inspired by myopic modelers, eschewing of expert opinions of dissident scientists, disregarding of essential rights, fueled by media fabrications and irresponsibility, imposed by governments at all levels. It’s a new chapter of The Road to Serfdom.” ~ AIER
aier.org
237 22    View on Facebook