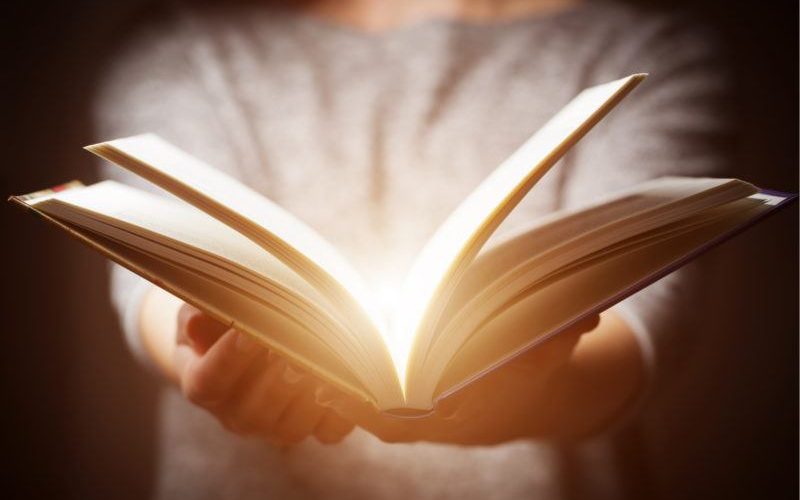 Thinking back to the information chaos of six weeks ago, we might be able to make some sense of the panicked response in the U.S. to tell everyone to stop what they were doing and do nothing for the duration except eat and watch movies. It was an epistemic crisis. We just didn’t know how many carried coronavirus, for whom it is deadly, how it is transmitted, whether I have it or you have it, how to prevent it, what the medical system could tolerate, and what its ultimate carnage would be under various scenarios.

We replaced knowledge with prediction models plus the imposition of state power. And we did this despite Dr. Fauci’s latest admission: “I’ve looked at all the models. I’ve spent a lot of time on the models. They don’t tell you anything. You can’t really rely upon models.”

The economic suffering we are enduring right now was based on these models, amplified in their extremes by a click-hungry media apparatus that thrives in a crisis as in no other time.

There was precious little consultation with serious medical professionals (the pleas of 800 were ignored). Also ignored were a range of experienced epidemiologists with real track records as well as economists. There were no legislative votes, and no real public debate. The Constitution was ripped to shreds. Large numbers of people who, by virtue of the musical-chairs game of elections, happen to be holding office assumed dictatorial power and declare themselves wise enough to rend the social fabric between essential and non-essential and thus instantly wreck the dreams and lives of tens of millions of people.

Despite all the expertise out there, and tremendous efforts to beg caution, and despite all our pretensions at being a scientifically minded people, at all levels of society, there was genuine panic and the adoption of what seems like the medieval “miasma” theory of disease. It’s just in the air, everywhere, blowing around. Stay indoors! Get away. Cling to loved ones and hope for the best! Better yet, sit by yourself, alone in a room, until this ends!

That was six weeks ago. You still can’t get a test, unless you are very sick and hurl yourself at the hospital front door. That is the fault of government agencies, in a scandal that has been widely covered and will be told throughout the ages. That will surely be remedied in time, along with a much-needed antibody test for post-infection immunity.

All that said, we are finally getting at least some information to make sense of this disease. In particular: demographics. We are at least finding out for whom it is fatal and therefore can better focus mediation strategies on those in danger – which is essentially the core job of medical professionals since, well, since the ancient world. To the extent we can replace fear-based mythology, predictions, and state power with knowledge rooted in empirical realities, that is to say, actual facts, we get closer to comprehending the possibility of calm and focus on what matters.

What have we learned? I draw your attention to a complicated paper written by a team of 33 researchers at the now-famous Imperial College London. This difference between this paper and the others is that this one is rooted not in what statistical models predict based on malleable assumption but on the actual factual record. The paper: “Estimates of the severity of coronavirus disease 2019: a model-based analysis.”

For its conclusions, I’m relying on a summary in Statnews: What explains Covid-19’s lethality for the elderly?

Researchers on Monday announced the most comprehensive estimates to date of elderly people’s elevated risk of serious illness and death from the new coronavirus: Covid-19 kills an estimated 13.4% of [infected] patients 80 and older, compared to 1.25% of those in their 50s and 0.3% of those in their 40s. The sharpest divide came at age 70. Although 4% of patients in their 60s died, more than twice that, or 8.6%, of those in their 70s did…

An accompanying editorial finally says what people are starting to realize: “the fatality rate is low for younger people.” It’s high for older, unhealthy people, but low for healthy younger people. That’s hugely important information for focusing the response.

Worldometers presents the reality more clearly (but keep in mind that the precise case fatality ratio is unknown given the lack of random testing and potential misclassification; what matters here are the demographic disparities). And from confirmed COVID patients with preexisting conditions:

Here is the breakdown and a comparison to SARS and seasonal flu (keeping in mind that this data is preliminary but the demographics are likely to hold true), demonstrating that even with preliminary data COVID-19 is more discriminatory by age/health than seasonal flu. The authors of the Imperial College study point out that while this appears to be about age, we are really talking about the health of immune systems of which age is a statistical proxy. There is also a gendered risk too, with authors noting “tentative, sex-based differences in the COVID-19 epidemic, with elderly men generally faring worse than elderly women.”

How do these surprising demographics affect the fatality ratio, the number on which everyone obsesses because it is this that gives us an indication of whether this is “worse” or “not as bad as” the seasonal flu? It suggests that an aggregate number masks a huge disparity between groups.

In the outbreak’s early weeks that was thought to be as high as 3% to 8%. Instead, the fatality rate among people with confirmed disease is 1.38%, they concluded. That supports an estimate by researchers at the Harvard T.H. Chan School of Public Health earlier this month of a 1.4% fatality rate in confirmed cases. The British group said the fatality rate among all of those infected with the new coronavirus — including those who don’t have symptoms — is 0.66%.

That’s a huge difference from what people believed at the very outset, confirming that the cautions of John Ionnandis were right to introduce doubt about sweeping impositions of social, economic, and political change based on early perceptions, which have always been far more scary than the reality. It was 15 years ago that headlines blared the coming mass death from Bird Flu, with predictive epidemiologists demanding that schools and businesses close to protect us from the worst fate. That didn’t happen, although Bird Flu was deadly (all such viruses are), but the pandemic was not anywhere close to as bad as was predicted.

In sum, what researchers know now that they only suspected a few months ago is that coronavirus is mainly a threat to older people with health issues, and men in particular. That’s hugely important information and a far cry from the confused miasma theory (everyone is going to die!) that drove the panicked response.

To be sure, this does NOT mean younger people are in the clear – it’s a severe disease, and there are always exceptional cases that defy the demographic patterns, as with any disease. But the statistical evidence shows this is rare, whereas more severe complications for the sick and elderly are far more common.

It’s my own view that even without this information, even without testing, even with a more evenly distributed morality threat, I join so man others (including actual specialists in pandemic disease) who oppose state closures or restrictions on association, on grounds that the conditions of freedom are vastly more capable of adjusting to changing information flows than state policies of compulsion. The last thing you want to do in a pandemic is lock down society and disable social/market mechanisms that can put together a medically and economically rational response.

So make of this information what you want. Some people might well be thinking extremely un-PC thoughts about why the hopes and dreams of everyone had to be shattered when the preponderance of the real threat is for a particular group that is mostly not working and has a low life expectancy in any case. You won’t see this thought on Twitter but it is growing beneath the surface.

For my own part, I find this a cruel way to think, but I have an aging mother whom I dearly love who would not likely survive an infection. I am not entirely sure how I would handle this if I were free to decide: visit her or not? As it is, under this ghastly new lock-down regime I won’t even be allowed to attend my own mother’s funeral should she perish, God forbid.

People will conclude and believe what they want from the information. But no one can look at the relative openness of Sweden and South Korea – two societies that chose not to destroy their socio-economic orders – without wondering why the United States took the direction it did.

What matters most is that as actual facts and data present themselves – as opposed to panic and political and cultural insanity – we are in a position to thaw the freezing of the world, end the central planning, curb the cruelty of the state, get back to work, focus on mitigating disease, staying safe, and caring for the afflicted. We cannot do any of these things as well so long as politicians continue to act as medieval Barons without access to science and with no knowledge of or concern for the healing power of freedom.

Jeffrey A Tucker @jeffreyatucker
5 hours ago
Trump should get some competent and independent virus expert to give the whole nation and world a 30-minute seminar in basic virus knowledge, so we can at least restore what my mother knew 50 years ago. Fauci and Co. have been nothing but chaos.
View on Twitter
26
145

Jeffrey A Tucker @jeffreyatucker
8 hours ago
Thank you oh great one @MassGovernor for allowing us to eat outside, oh wise master of health and virus control, without whom we would surely all perish.
View on Twitter
24
123

Jeffrey A Tucker @jeffreyatucker
9 hours ago
Why Does the New York Times Deny the Obvious? https://t.co/luiO0KFGRB from @aier
View on Twitter
2
17

In reply toJames M. Ray 💎
9 hours ago
@Jamesmiltonray @GerardPerry13 And yet mainstream media chose only one side
View on Twitter
0
1

Jeffrey A Tucker @jeffreyatucker
10 hours ago
The public loss of confidence in government is extreme.
View on Twitter
64
393

Jeffrey A Tucker @jeffreyatucker
10 hours ago
An Open Letter to the Charleston Protestors https://t.co/uV1Oz5Miw4 from @aier
View on Twitter
3
7

Jeffrey A Tucker @jeffreyatucker
10 hours ago
The hypocrisy screams so loudly. No living person can't not notice. https://t.co/AkHqaBptCz
View on Twitter
13
51

In reply tot0dd
13 hours ago
@t0dd0000 link to a story about these young healthy now dead people? sounds like national news to me.
View on Twitter
0
1

Jeffrey A Tucker @jeffreyatucker
15 hours ago
https://t.co/YwE8smgfy0
View on Twitter
1
8

Jeffrey A Tucker @jeffreyatucker
15 hours ago
"I stopped watching TV months ago. I do my own research. From what I've learned, the real problem is the government not the virus. I hope people learn from this." ~ wise words of a piano mover I just met
View on Twitter
66
290

Jeffrey A Tucker @jeffreyatucker
16 hours ago
Muscling people during a pandemic results in "possible loss of confidence in government to manage the crisis," said Donald Henderson. https://t.co/tfOfm7Mv8w
View on Twitter
2
14

Jeffrey A Tucker @jeffreyatucker
17 hours ago
"Active contact tracing is not recommended in general because there is no obvious rationale for it..." ~ World Health Org, just last year https://t.co/gCBqPv0jwY
View on Twitter
44
113

Jeffrey A Tucker @jeffreyatucker
17 hours ago
FB is about a week behind the times here, haha. (Also "slow the spread" was supposed to be about hosp capacity, a nonissue. Now it only means prolong the pain.) https://t.co/DrorMaaHEE
View on Twitter