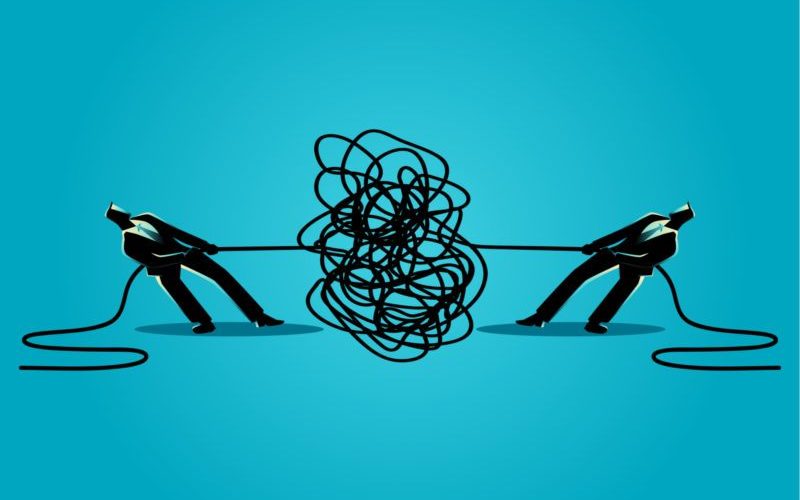 Thinking back to February 28, 2020, and the New England Journal of Medicine. It published an article called “Covid-19 — Navigating the Uncharted” signed by Anthony S. Fauci (THE Fauci), Clifford Lane, and Robert R. Redfield.

It reported an existing COVID-19 case fatality rate of 2% but further pointed out that infections show “a wide spectrum of disease severity.” “If one assumes that the number of asymptomatic or minimally symptomatic cases is several times as high as the number of reported cases, the case fatality rate may be considerably less than 1%” or perhaps as high as the flu seasons of 1957 and 1968, but is nowhere near “a disease similar to SARS or MERS, which have had case fatality rates of 9 to 10% and 36%, respectively.” To be sure, they said, mitigating the disease could require “isolating ill persons (including voluntary isolation at home), school closures, and telecommuting where possible.”

Now, what precisely happened between February 28 and two weeks later? This will be studied for many years to find out precisely how governors and mayors, through a series of unscientific, panicked, unjustified, and morally egregious actions, crushed under foot the world’s strongest economy while the media cheered. We’ll be discussing the whys and whats for a generation.

The point is that it is all unraveling as fast as it came. Donald Trump’s press conference on April 16, 2020, was clearly a turning point. In my ideal world, we would have officials up there telling the truth that the course we took as a nation was catastrophic in countless ways (except for all the panicked deregulation undertaken just so that the food and medicine could continue). But I’m realistic: we can hardly expect politicians to bow down and beg forgiveness.

Of course they will take credit for whatever good happens. I’m an idealist, not a utopian. The truth is that a virus doesn’t care about borders and it doesn’t obey government edicts. Even now, there is so much we do not know about this “invisible enemy” but we have learned vast amounts about the visible enemy.

Our political culture is rooted in the great myth that whatever happens in society is due to them, and this presumption bites us any time there is some emergency: they have a penchant toward control in the name of the precautionary principle. In this case, it made the U.S Constitution and human rights generally null and void for a full thirty days. And we had no choice but to comply. It was a grotesque experiment in totalitarianism. Families ripped apart, people’s businesses and jobs destroyed, essential surgeries delayed, despair spread throughout society.

The lockdowns were presented to us under the need to “flatten the curve” for hospital capacity, but there isn’t one curve and we didn’t have enough information even to say where one city was on any curve. There were some days of difficulty in hot spots but many hospitals in the country, due to the order that they not do elective surgeries, started furloughing workers. The reality of many empty hospitals in the middle of a pandemic was too much to process. So we spent the next two weeks searching for new justifications to keep the lockdown in place. Those started to sound affected and even fraudulent very quickly.

What’s important about the three-phase process that Trump enumerated with no set time timetable is that it flips the burden of proof. We have suddenly gone from a world in which governors have presumed that cracking down, forbidding, suppressing, denouncing, shutting down, arresting, and jailing are presumed to be good medicine, to a world in which we treat a virus as a disease to mitigate and the suppressors have to justify their actions else face the wrath of the tens of millions of victims. In many ways, it was a brilliant move. In short, the hounds have been called off. Let us not underestimate what this could mean.

Another important point about the three-phase plan: it is focused on the facts of the case. Not model-based predictions. Not someone’s ideology. Not political posturing. Not the fallacy of authority. The opening is based on the on-the-ground realities. The facts have never justified the suppression. Nor do they justify continued suppression for one hour more. The facts will set us free.

This week has been a wild ride. On Monday, the American Institute for Economic Research became the first prominent voice in American public life to state what needed to be said: “Liberation from Lockdown Now.” It was shared by hundreds of thousands of people. Later that day, the governors of five states worked with the White House on a plan to open up. The Wall Street Journal the very next day echoed our editorial, while citing AIER in another section of the paper. Over the following three days, the whole tenor and mood of the country began to change. There were street protests in five states. The anger was intensifying even as governments realized that they could not keep this up.

You can review all our research and editorials and news at this link: Crisis. There are more than 200 articles there.

And here I write on Thursday night, swept away with an exuberance that the light has finally dawned. Of course the partisan wrangling will continue for months. There will almost certainly be holdouts, governors who cast about for reasons to keep the country locked down longer than needed. And there will be more cases simply because testing is going to be more widely available. We will likely and eventually come to realize that far more of us were infected than we knew and for longer than we knew.

In the meantime, we’ve seen things we never imagined possible, namely seemingly intelligent people howling for weeks for the nationalization of industry, the socialization of production, the imprisonment in our homes, the trillions in pointless spending, the unprecedented amounts of new money created by the Fed, and the countless other awful legal precedents set. The lawsuits will continue to be litigated for a decade.

Business confidence has been shattered. It will be a long time before trust returns, to say nothing of confidence. We need an ironclad promise from our political leaders that this will not and cannot ever happen again. We won’t get that, so as a proxy we need public opinion to rage and for every voice of suppression to experience the fallout.

Meanwhile, we are rediscovering what disease mitigation looks like in a free society. The vulnerable isolate voluntarily. Medical professionals get to work. We do our best not to destroy life functioning. The politicians bow out.

The main point is that there is a tomorrow, and tomorrow can be and will be better than today. Let us learn. Let us speak. Let us act. Let us remember our values – we are brave and free – and never permit society and the economy – your life! – to be attacked this way again.

We have survived the Great Suppression.

For my own part, I can’t wait to get back to my old happy self. I know you feel the same.

Jeffrey A Tucker @jeffreyatucker
5 hours ago
Trump should get some competent and independent virus expert to give the whole nation and world a 30-minute seminar in basic virus knowledge, so we can at least restore what my mother knew 50 years ago. Fauci and Co. have been nothing but chaos.
View on Twitter
28
147

Jeffrey A Tucker @jeffreyatucker
9 hours ago
Thank you oh great one @MassGovernor for allowing us to eat outside, oh wise master of health and virus control, without whom we would surely all perish.
View on Twitter
24
125

Jeffrey A Tucker @jeffreyatucker
10 hours ago
Why Does the New York Times Deny the Obvious? https://t.co/luiO0KFGRB from @aier
View on Twitter
2
17

In reply toJames M. Ray 💎
10 hours ago
@Jamesmiltonray @GerardPerry13 And yet mainstream media chose only one side
View on Twitter
0
1

Jeffrey A Tucker @jeffreyatucker
11 hours ago
The public loss of confidence in government is extreme.
View on Twitter
64
397

Jeffrey A Tucker @jeffreyatucker
11 hours ago
An Open Letter to the Charleston Protestors https://t.co/uV1Oz5Miw4 from @aier
View on Twitter
3
7

Jeffrey A Tucker @jeffreyatucker
11 hours ago
The hypocrisy screams so loudly. No living person can't not notice. https://t.co/AkHqaBptCz
View on Twitter
13
51

In reply tot0dd
13 hours ago
@t0dd0000 link to a story about these young healthy now dead people? sounds like national news to me.
View on Twitter
0
1

Jeffrey A Tucker @jeffreyatucker
15 hours ago
https://t.co/YwE8smgfy0
View on Twitter
1
8

Jeffrey A Tucker @jeffreyatucker
15 hours ago
"I stopped watching TV months ago. I do my own research. From what I've learned, the real problem is the government not the virus. I hope people learn from this." ~ wise words of a piano mover I just met
View on Twitter
66
290

Jeffrey A Tucker @jeffreyatucker
17 hours ago
Muscling people during a pandemic results in "possible loss of confidence in government to manage the crisis," said Donald Henderson. https://t.co/tfOfm7Mv8w
View on Twitter
2
14

Jeffrey A Tucker @jeffreyatucker
18 hours ago
FB is about a week behind the times here, haha. (Also "slow the spread" was supposed to be about hosp capacity, a nonissue. Now it only means prolong the pain.) https://t.co/DrorMaaHEE
View on Twitter