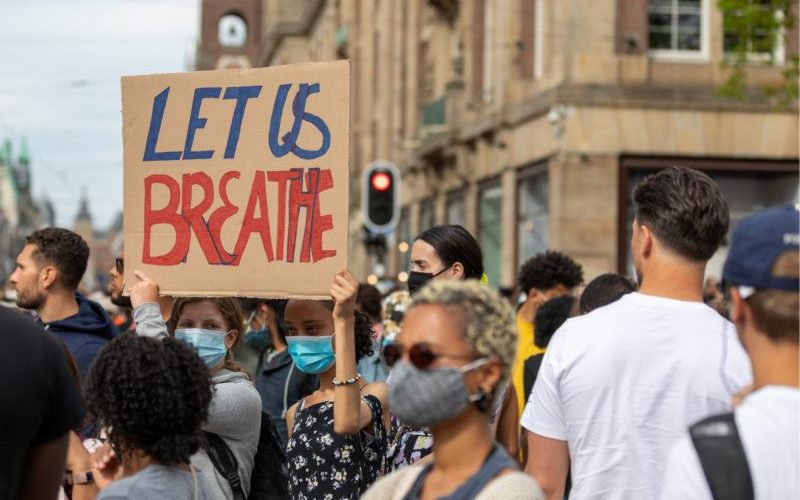 The lockdowners probably had no idea what they were about to unleash. On paper, their plans all seemed fine. Keep people apart. Make them stay home. Only essential workers should go to work. Government can do the rest. Church, theaters, sports, bars, schools – everything has to give way to rule by disease mitigators.

Let the kids play computer games. Let the offices operate through Zoom. A bit of time off never hurt anyone, and, besides, there is Netflix. We’ll beat this virus by hiding from it, and then it’ll get bored and go back where it came from. The model builders will be heroes. We only need to demonstrate the power of computers over even the awesome and previously uncontrollable forces of nature. The virus will relent in the face of our intelligence, power, and resources.

What they did not expect were riots in the streets, toppled statues, secession movements, the rise of political extremism on all sides, the fueling of race conflict, and the spread of nihilism. What’s happening all over the world feels like revolution.

Once you lock down a population by executive fiat, based on obvious ignorance and fear, you send a signal that nothing much matters anymore. Nothing is true, permanent, right, wrong. Might as well tear it all down. You literally unleash Hell.

There is plenty of historical precedent for this but one episode has long intrigued me. It concerns the rise of Brutalist architecture after World War II. The movement was about stripping adornments from buildings, forgetting about beauty, eschewing aesthetics of the past, and design for temporality and functionality only.

Brutalism, which began in Germany as a successor to the Bauhaus movement following the Great War, is the movement that eventually gave us all the ghastly government buildings in the U.S. that were put up in the 60s through the 90s. They are concrete, sparse, and just slightly horrible to the eye because they are meant to be. It was a movement that rejected aesthetics. It wanted and demanded the raw truth: a building is to be occupied. It should only be “essential” and nothing more.

After World War II, the question concerned what should replace that which was bombed and destroyed in wartime, the worst example of which was Dresden, which faced unbelievable destruction. Eventually that city and all its glorious architecture was restored. But the shock that governments could just smash everything in sight, that nothing is sacred, was a lesson that impacted a whole generation of designers. Throughout the rest of Germany and most of the rest of Europe, the U,K., and the U.S., the lesson was: buildings should be bombable. That way, nothing of value is lost.

That is the spirit that drove the Brutalist school to be so influential. Many old buildings, from the Middle Ages through the early 20th century, were constructed with high aspirations, including theological ones. But the war demonstrated that everything is temporary. Nothing is really true or sacred. God is dead else countless millions would not have been slaughtered. Our postwar architecture should embrace the reality that we learned in wartime, which is that nothing much matters in the end. Everything can be bombed. Nothing is beyond destruction. Hence the past should die and everything new should be expendable.

This is nihilism. It is an expression of despair. It is a cry against the idea that the future and past should have any relationship to each other. Might as well tear down the monuments. Burn buildings. Have riots in the streets. And while we’re at it, let’s forget logic, rationality, the lessons of history, and even humane concern for others. Our governments, democratically elected, clearly care nothing for the rule of law, empathy, morality, and lack all humility, so why should we not believe the same things and behave the same way?

The rage that pent up between March 15 and June 1, 2020 expressed itself in many ways. You know this from your own life. Think of the relationships in your own life that have been shattered, how you took out your anger on those you love, how you said and did things that would have been unthinkable this time last year. The lockdowns made everyone a bit pathological. I’m not talking only about the spike in suicides and drug overdoses. I’m speaking of the casual cruelty that people dabbled in over these months, the way in which our old codes of manners, discipline, character, and integrity suddenly seemed irrelevant.

After all, if governments can really lock us in our homes, slice and dice the population into essential and nonessential, close our houses of worship, force us to mask our faces, and demand that we hop around like grasshoppers to avoid each other, what does that say about the codes of morality and human decency we’ve built up over generations? If governments don’t care, why should we? To some extent or another, everyone has dabbled in this form of nihilism over the last 75 days.

For many people, this has tumbled into destructionism itself.

In the best of worlds, what is true and right should not hinge on government’s treatment of essential rights. In reality, it makes a huge difference. If governments care nothing for our freedom of movement and our economic rights, why should anyone really? This is the essence of the Brutalist view of life. Just get it done. We only need essentials. Everything else is expendable. Nothing else matters, not context, truth, decency, the past, the future,

You could say to me that the riots and destruction and the sheer insanity all around us are not obviously connected to lockdown. I disagree. The protestors, rioters, statue topplers, and building burners might not articulate the precise reasons for their behavior. But if you look carefully, what you see is people crying out with a demand that governments and establishments pay attention to what the people want. People matter. Volition matters. We cannot be locked down. We are not animals and nor will we be treated as automatons in agent-based models. We won’t be part of someone else’s idea of history. We are history.

In this way, governments have pushed us all into adopting a Brutalist theory of life, if only because they made the first move and now we have no choice but to fight back. Brutality will be met with brutality.

To be sure, I’m not endorsing this view of the world. I find it highly regrettable and even immoral. It creates nothing. Still, when governments behave this way, as if freedom doesn’t matter, this is what they unleash. They punish and drive out decency, integrity, and virtue. When you do that, you release unpredictable forces within society that make the world ugly, even terrifying.

There is an answer to this rampant incivility. Don’t let governments and their egregious mismanagement of this crisis wreck your integrity, your capacity for love, your belief in rights, your aspirations for yourself and others. The only way to fight back against Brutalism is with freedom and beauty, and that begins in your own life.

Jeffrey A Tucker @jeffreyatucker
1 hour ago
Whoa, it turns out that deploying government to control a virus might even be more error-prone than planning an economy. https://t.co/d1HQbLcTVH
View on Twitter
18
33

Jeffrey A Tucker @jeffreyatucker
1 hour ago
We are learning about the real operation of journalism in this country. If you are aspirational, you must tow the line or risk being marginalized. That's enough to explain why we see so very little lockdown dissent in the big media.
View on Twitter
19
88

Jeffrey A Tucker @jeffreyatucker
2 hours ago
The Case for Lockdown Reparations https://t.co/0Stjq9sNKZ from @aier
View on Twitter
6
17

Jeffrey A Tucker @jeffreyatucker
3 hours ago
All must bow to the technocratic discipline of the disease mitigators. And notice too how little medical therapeutics even figure in here. It’s not about making people get better. It’s about controlling the whole of life. https://t.co/jAdGWnrshA from @aier
View on Twitter
41
88

Jeffrey A Tucker @jeffreyatucker
3 hours ago
The lockdowners have had surprising success in convincing people of their wild views. You only need to believe that virus avoidance is the only goal for everyone in society, and then spin out the implications from there. https://t.co/jAdGWnrshA from @aier
View on Twitter
21
64

Jeffrey A Tucker @jeffreyatucker
3 hours ago
Lockdown: The New Totalitarianism https://t.co/jAdGWnrshA from @aier
View on Twitter
8
21