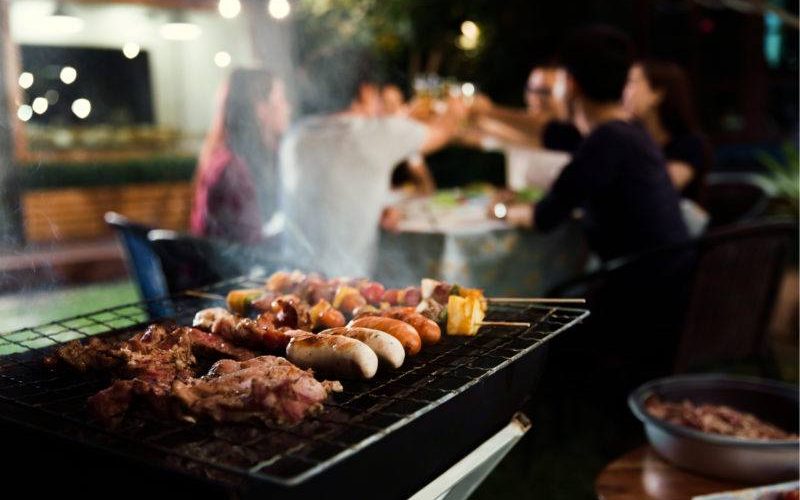 Ten years ago or so, a popular meme spread on the Internet called first-world problems. The idea here is to poke fun at how much we’ve been spoiled by prosperity and convenience, and how odd it is that we still find things about which to complain.

Nothing can go wrong and yet we see wrong things all around us. It is a spin on the fallacy of relative privation, the habit of reveling in fake suffering with a subtext that we have it all ridiculously good.

“My laptop is running out of battery power but the charger is in the next room, so I have get up from the sofa and trek across the house like a peasant.”

“The CVS had 48 brands of toothpaste but not the precise one I wanted, so it’s like wartime Russia.”

You get the idea. It’s all fun and charming and speaks to a truth. We’ll never fully appreciate the benevolence of the wealth the market economy has bequeathed us and we’ll never stop complaining that we don’t have enough. And yet these complaints serve a purpose of revealing fixable parts of the imperfect world.

A great example are the Clorox wipes that are in every American home now. They didn’t exist 20 years ago. You had to mix up a liquid with water and get some rags and later wash them like some medieval serf. Now you just pop a top and get only what you need and throw away the one-time use rag. Beautiful.

Another feature of these first-world problem memes is an underlying presumption that things can only get better from here. There’s no real danger of a sudden loss of prosperity or access to wealth. We are so rich that nothing can hurt us. We can ostentatiously complain in silly ways without somehow jinxing our privileges. Our status as rich is as unquestionable as it is impossible to reverse. With our permanent prosperity, we are condemned to forever complain about petty things.

That was before the weirdest and wickedest event of our lives, the lockdowns, upended everything we thought to be true about the world around us. Just nearly overnight, our trips were cancelled. Schools were forcibly closed. We faced state-to-state travel restrictions. We could not use medical services unless we had a specific disease. Bars, restaurants, retail shops, and normal life itself went away. The lockdowns were enforced by bureaucrats, police, SWAT teams, with a cheering media that never stopped lecturing us to obey our masters, comply for purposes of health, trust the experts, and forget about our so-called rights.

The first two weeks were dominated by shock and awe. Then the despair set in, along with the drinking, drug use, depression, suicide, and a general sense that the whole world shifted in ways we can only associate with nightmare, except that we couldn’t wake up from it. Each day was worse than the previous one. All that we had taken for granted seemed gone. We only wished we could have our first-world problems back.

We faced something none of us ever imagined: a nationwide shortage of toilet paper. Stores feared being accused of price gouging and weren’t yet keen on other forms of rationing, so the stuff flew off the shelves. For weeks, people started conserving in extreme ways. The New York Times designed to tell us that we shouldn’t be using toilet paper anyway.

Then the hand sanitizer went away. And the Clorox wipes. Selected other products randomly disappeared: rice, pasta, canned soups, chicken (easy to freeze), paper towels, and so on. You never knew from one day to the next what would be in the store. There were rumours of food shortages, and hoarding was going on everywhere.

We dealt with unthinkable and universal stay-at-home orders, even as the evidence was pouring in that hospitals did not face a capacity problem, that the real virus danger was heavily focused on one demographic, and it was never clear that the virus is commonly passed asymptomatically. Then the ranks of the unemployed grew to 40 million, and businesses all over the country closed permanently.

The blowback, I predicted on April 24, would ultimately reject social distancing.

Staying away from direct contact with sick people is a good idea; we’ve known since the ancient world. Vulnerable populations need to be especially careful, such as elderly people have always known. But government took this sensible idea and went crazy with it, separating everyone from everyone else, all in the name of “flattening the curve” to preserve hospital capacity. But then this principle became a general one, to the point that people were encouraged to believe silly things like that standing too close to anyone will magically cause COVID-19 to appear. Going to the grocery today, it’s pretty clear that people think you can get it by talking or looking at people.

Several friends have pointed out to me that they already detect a blowback against all this. And why? There is a dubious merit to the overly generalized principle, and that will become more than obvious in the coming months. Then the blowback hits. I expect a widespread social closening movement to develop here pretty quickly. You will see the bars and dance floors packed, and probably a new baby boom will emerge in a post-COVID19 world.

And the handshake will again become what it began as, a sign of mutual trust.

What I had not expected is the form it would take: not just hand shaking and hanging out but explosive mass global protests on the streets against the police state. It was a ferocious blowback and it was all over the world.

The media had to approve if only to reinforce a priority narrative concerning race. Suddenly in an instant all the finger-wagging demands that we stay home to save lives became celebrations of street protests for justice and equality. It was truly hard to believe. The hypocrisy screamed so loudly that it was impossible to overlook.

Then you have the strange case of Wisconsin, which descended into totalitarianism before a May 12th court order to repeal every bit of the lockdown decrees.They were gone in hours and people poured into the bars. Looking at the results, some economists writing at NBER discovered: no increased infections or death. The implications are profound but something most of us have come to suspect: the entirety of the destruction of the last months was pointless.

The same has happened with the protests: following mass social closening in Minnesota, infections in the state continued to drop. It is almost as if the state took the phrase “herd immunity” literally.

Below I link a powerful monologue by Tucker Carlson who sums up the ghastly reality of these months.

I would only add this: our first-world problems are no longer a laughing manner. We’ve learned that government can and will destroy our prosperity and rights under the smallest pretext. We can no longer take our freedom and opportunities for granted. We must work unrelentingly to get back what we had and make sure we lock down our governments so that nothing like this will ever happen again.

Jeffrey A Tucker @jeffreyatucker
6 hours ago
If Trump can't fire Fauci, who can? He has some kind of lifetime job in which he can blather on about whatever he wants and there is zero check on his claims ?
View on Twitter
41
219

Jeffrey A Tucker @jeffreyatucker
8 hours ago
I've grown tired and distrustful of the anodyne term "social distancing": it is awkward and propagandistic, deliberately concealing the difference between choice and coercion. We need really to be speaking of forced human separation. Doesn't sound that great right?
View on Twitter
60
240

In reply toMichael Geer
11 hours ago
@MichaelGeer17 We've had a functioning system in place for a century of voluntary isolation in cooperation with medical professionals. Gov doesn't have to be involved.
View on Twitter
0
5

Jeffrey A Tucker @jeffreyatucker
13 hours ago
Another look at C19 deaths in the US. https://t.co/MWsfWMEyiJ
View on Twitter 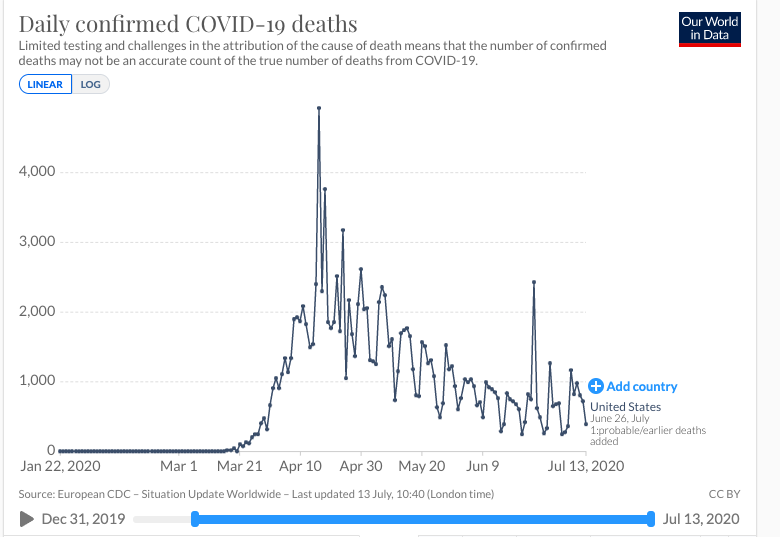 In reply tosav0ysix
13 hours ago
@Sav0ySix My tweet did nothing but report known facts on cases vs. deaths in Florida.
View on Twitter
0
4 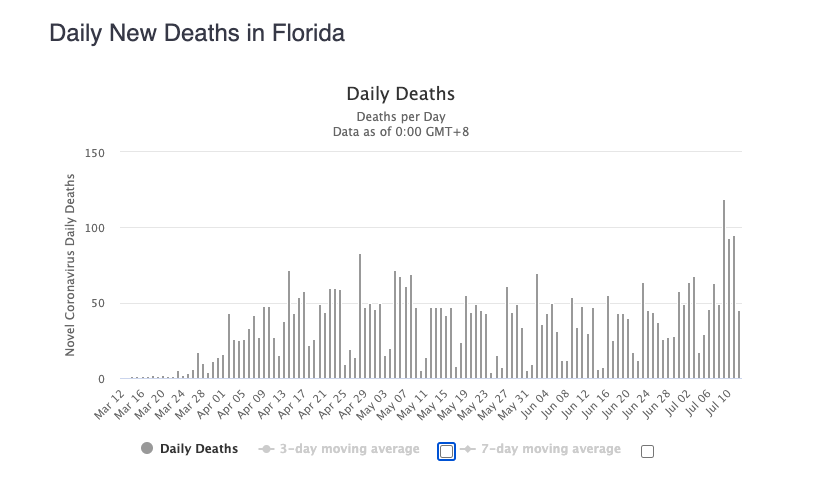 Jeffrey A Tucker @jeffreyatucker
14 hours ago
What Greta Thunberg Forgets About Climate Change https://t.co/oBZT3ljOuJ from @aier
View on Twitter
1
6

Jeffrey A Tucker @jeffreyatucker
14 hours ago
This confirms what I have experienced: young people wildly (!!!) overestimate risks from C19. https://t.co/3wUyRHMfAK https://t.co/bm48MRGNka
View on Twitter 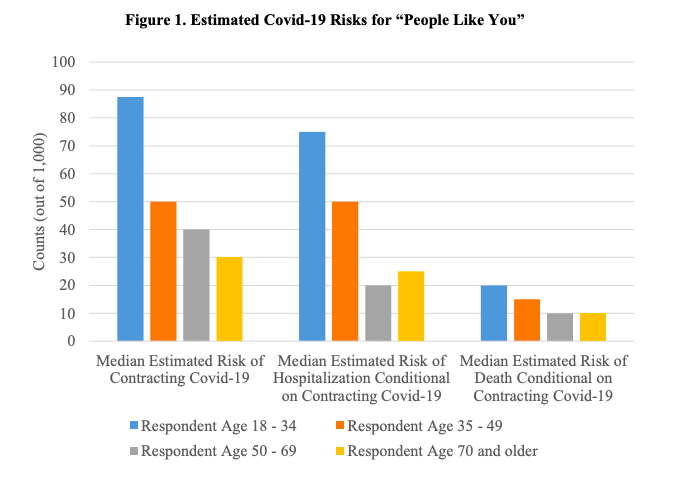