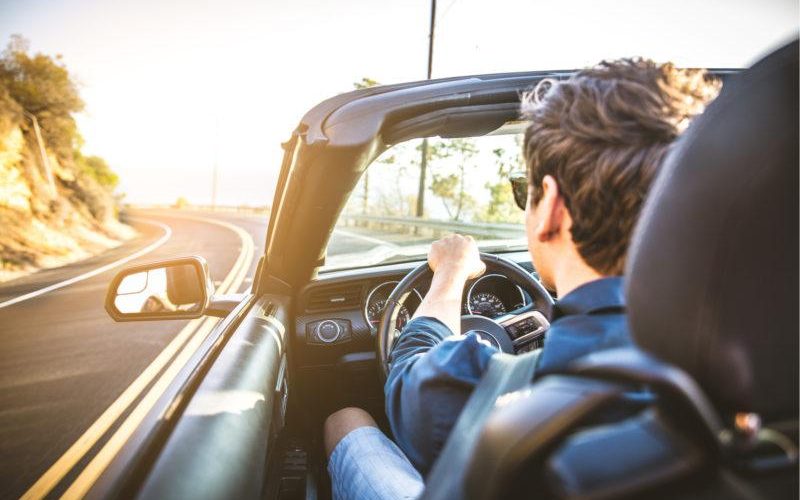 It’s some kind of intuition we have. We see a little convertible with the top down, buzzing here and there. Could be a Mercedes, a Jaguar, a Mazda, or even an older Honda S2000. Our first thought is: wow, if that gets in a crash, that driver is a goner. It just doesn’t look safe. Indeed, it looks a bit terrifying, like the owner has a death wish.

That’s the intuition. The reality has been revealed in a just-released study by the Insurance Institute for Highway Safety. The insurance industry needs to have data on crashes and deaths by car type to accurately calculate insurance rates. They can’t rely on intuition. To construct actuarial tables, they need real data to price risks associated with various scenarios of both the driver and the car being driven. Mere models won’t do; they need reality.

Here is what the study concludes.

Convertibles had lower driver death rates and police-reported crash involvement rates on the basis of both registered vehicle years and VMT. However, the differences in driver death rates were not statistically significant. Driver deaths per 10 billion VMT were 11% lower for convertibles, and driver involvements in police-reported crashes per 10 million VMT were 6% lower…. Safety concerns associated with convertibles’ lack of substantial roof structure were not supported by the results of this study….. Convertibles do not pose a safety risk to consumers.

I’ve long suspected that our intuition is wrong but even I’m surprised by this data. Deaths are 11% lower and crashes 6% lower? How can this be?

This study is special because it dealt with “real world” crash records rather than gamed-up crash tests in laboratory settings. The difference in method here is huge: the real world is inclusively of human incentives, behaviors, volition, and rationality. You might suppose that these factors would normally be decisive but that’s not the case. Most safety assessments are gleaned from overly formalized conditions that exclude the human element, as if safety is only a material condition and not one affected by human psychology.

Governments have been regulating our safety in cars now for decades and we are now at peak safety (or the illusion of safety) in most sport utility vehicles and cars. You feel it when you drive. Road noise is minimal. Driver and passengers are surrounded on all sides by air bags. Venturing outside your land or getting too close to the car in front of you sounds an alarm. A heavy steel cage is built into the interior so that everyone can survive a crash. It is so safe, padded, and protected that you can barely even feel the speed.

The psychological difference between this experience and a convertible roadster is palpable. To be sure, this study only included data for 1-5 year old convertibles so it would exclude older models but I’m assuming that roughly the same mental outlook would pertain.

The first time I drove a Honda S2000, I had an amazing experience of not only fun but a striking sense of danger. It is a stick shift, so there is absolutely no chance of poking on your smartphone while you drive. The car is only an inch or two off the ground, so you truly have a sense of the road in front of you and around you. You hear everything: every approach from the rear and either side.

For the first time in a lifetime of driving, I became profoundly aware that driving is terrifyingly dangerous. My whole mental outlook became something like: holy heck, I’m going to keep my hands on this wheel and try to stay alive.

A friend of mine has a similar convertible roadster that recently went into the shop. They gave him a rental — not a convertible but a big modern sedan with all the bells and whistles. Basically it is a living room on wheels, with terrible visibility (tiny windows to make room for all the safety apparatus). He called me to report that he had never been so scared to drive, precisely because of the illusion of safety that modern sedans cause. You cannot feel the speed, the road, or the danger at all. You can barely see what’s around you. He said he now gets why people drive so recklessly: modern safety engineering has removed completely the awareness that driving is dangerous and deadly. It takes the driver out of the game, generating the illusion of safety with the opposite reality.

In other words, these regulations very well might be having the opposite effect. Instead of making us safe, it is inspiring us toward more reckless driving. That’s a very difficult thing to document because there are so many variables at work here. And that’s why this new study on convertibles is so revealing. It suggests that the awareness of the presence of danger is an essential component in incentivizing us to drive safely.

Another factor here too concerns the agility of small convertibles. It is much easier to keep out of harm’s way. You sense trouble ahead and you can easily back down. You see issues to your left and right and you can zip away from them. There is a natural sense when you drive of wanting to stay away from other cars in your own interest. Adding to that, the stick shift itself provides a greater degree of control. Some people swear that it is safer: “Driving a manual vehicle warrants more attention, which is probably good because you don’t have the scope to eat a burger or fiddle with the phone.”

Already, many readers are thinking here of the Tullock Spike: Gordon Tullock observed that the best safety device on cars would be a steel spike extending from the steering wheel and facing directly at the driver’s chest. The point is to conduct a thought experiment to show that what we think is safety isn’t always what it seems.

The small convertible is a more reasonable version of this. A seemingly dangerous car makes the driver aware of the dangers of hurling down the road at high speeds while being surrounded by drivers who are clueless about how terrifying driving truly is. Having such awareness is crucial to driving safely and defensively. That is why there are fewer crashes and fewer deaths in convertibles.

Jeffrey A Tucker @jeffreyatucker
58 minutes ago
This is not good. The underlying damage that lockdowns have caused will be with us for a very long time. https://t.co/yFueZAjWoE
View on Twitter
12
21

Jeffrey A Tucker @jeffreyatucker
2 hours ago
Whoa, it turns out that deploying government to control a virus might even be more error-prone than planning an economy. https://t.co/d1HQbLcTVH
View on Twitter
19
37

Jeffrey A Tucker @jeffreyatucker
3 hours ago
We are learning about the real operation of journalism in this country. If you are aspirational, you must tow the line or risk being marginalized. That's enough to explain why we see so very little lockdown dissent in the big media.
View on Twitter
21
98

Jeffrey A Tucker @jeffreyatucker
3 hours ago
The Case for Lockdown Reparations https://t.co/0Stjq9sNKZ from @aier
View on Twitter
8
24

Jeffrey A Tucker @jeffreyatucker
4 hours ago
All must bow to the technocratic discipline of the disease mitigators. And notice too how little medical therapeutics even figure in here. It’s not about making people get better. It’s about controlling the whole of life. https://t.co/jAdGWnrshA from @aier
View on Twitter
44
95

Jeffrey A Tucker @jeffreyatucker
5 hours ago
The lockdowners have had surprising success in convincing people of their wild views. You only need to believe that virus avoidance is the only goal for everyone in society, and then spin out the implications from there. https://t.co/jAdGWnrshA from @aier
View on Twitter
34
81

Jeffrey A Tucker @jeffreyatucker
5 hours ago
Lockdown: The New Totalitarianism https://t.co/jAdGWnrshA from @aier
View on Twitter
8
21