This past weekend I traveled around a bit, hopping from place to place, getting to know the new America. As much as things seem normal compared with last year at this time – when the entire country was windswept from lockdowns – the country is nowhere near normal. It is degraded in strange ways, much diminished from the life we all took for granted in 2019. And yet there is a sense of numbness in the culture. Why complain about things you cannot change?

Top on the list of unchanging is the ubiquity of plexiglass. It’s everywhere, and really weird. It’s been there for a year or more so it is dingy and dirty looking now.

There really must not be a living soul around who believes that these sheets of clear plastic, sitting on every surface and hanging from ceilings in retail environments all over the country, really protect anyone from the coronavirus. Surely not.

Even the New York Times has debunked this.

Research suggests that in some instances, a barrier protecting a clerk behind a checkout counter may redirect the germs to another worker or customer. Rows of clear plastic shields, like those you might find in a nail salon or classroom, can also impede normal air flow and ventilation…. A study published in June and led by researchers from Johns Hopkins, for example, showed that desk screens in classrooms were associated with an increased risk of coronavirus infection.

Meanwhile, workers have to yell more loudly – a constant complaint – especially when they also wear masks. It ends up with the usual situation in which consumer and clerk shift three feet to the right or left so they can actually communicate.

I pointed out how preposterous all this is at every stop and every worker agreed. When are they coming down? Shrug. It’s up to management. Or the central office. Or the national office. When the order came down to put up the barriers, they complied. Nothing seems to reverse that now.

What the New York Times left out is that these were mandated by government. The story in the paper pretends as if these things were just a slightly irrational imposition by private industry but a quick search shows the following mandate pushed by the Occupational Safety and Health Association (OSHA): “Install plexiglass partitions at counters and cash registers.”

Hard to be more clear than that! This mandate also overrides all state-level exceptions and exemptions, potentially exposing employers to investigations and fines. So it’s not a mystery as to the origin of this nonsense. Just like disinfectants and social distancing (both links go to other NYT stories showing how silly it all is), it was a mandate by government later debunked by science.

Still, the plexiglass persists. No one is willing to take responsibility and just say: “These things are dumb, so take them down now.” The legal liabilities are too uncertain. Certain people in power prefer to preserve the irrational, unworkable thing rather than restore normal humane life and take the risk of getting in trouble.

Also, masks are back but without the conviction of the last time. This time they are purely performative, a way of saying “I am thinking about the virus.” So far as I can tell, they are not enforced, even when they are mandatory. I even boarded several planes in the last couple of weeks without one, only being prodded to strap it on just before takeoff.

Another feature of life that we previously never experienced is the extreme labor shortage. Everyone talks about it. Those who are working in hospitality and services are bitter. They complain about their disappeared colleagues, their friends who have chosen to live off largess rather than work, and fret about the incredible burdens they bear to keep the free riders living off them. Yes, this makes people extremely angry.

Hours of operation of bars and restaurants are dictated by whether there are any employees to work the shift, or whether, instead workers prefer the fentanyl-soaked life of a couch potato as paid for by others. One place at which I ate dinner shut its doors at 5pm because there was no one to serve tables, and the cook had been working since 8am, and had done these hours alone for 10 straight days.

It doesn’t matter what you pay for a hotel, you are lucky to get any service at all. Forget daily changes in sheets. Room service is rare. Just having someone downstairs to answer phones and check people in is difficult enough. Getting an extra coffee packet delivered to your room is mostly out of the question in many places.

The normal things we expected before last year have just evaporated. There are strange and random shortages. A friend rolled up to a McDonald’s in Massachusetts and ordered a burger only to be told they are out of beef. Imagine that! Stores have empty shelves of products one would never expect to run out. Menu prices are soaring each time you go back to your favorite place – but these price increases are only transitory, don’t you know!

A strange cynicism pervades the whole country. We are settled into living less well, as if it is our plight and our fate about which we can do nothing. We know our leaders have lied to us. We cannot begin to count the ways. But no one in charge will actually admit it. They pretend to have the knowledge and be in control and we pretend as if they have credibility and deserve compliance, though we don’t believe and only perfunctorily comply.

Most of the time, the presence of government in our lives remains abstract. This is by design. We like it that way and agents of the state prefer not to confront the citizens directly. The vaccine is different. Here we have a government-subsidized product that is owned and distributed entirely by private companies. We were told that we should roll up our sleeves to protect ourselves and others. It was a clear and clean message we understood because we have experience with vaccinations.

But then the whole thing began to become foggy, slowly at first, then faster, then all at once. The CDC strongly hinted that the vaccine had limited use in stopping infection, directly contradicting statements made only the week before. In time, it became clear that the jab in fact wouldn’t stop infection at all but, hey, it’s still great at stopping transmission, until that promise too fell by the wayside. It doesn’t do that either.

But at least it stops severe outcomes among the vulnerable, which is great but in which case, why didn’t we say from the beginning that this therapeutic injection should be considered for people over 65, while leaving everyone else alone?

Instead of listening to the CDC’s new warning that the vaccine is not the be-all-end-all, mayors and CEOs around the country started imposing vaccine mandates, even as most of us know people who took the jab and got genuinely sick anyway, even after socializing with only other jabbed people. How does this make any sense? Ask that question and you risk getting your social media accounts throttled and deleted.

So far the mandates affect New York City, San Francisco, and New Orleans. But once the FDA puts its official approval on the thing, it’s going to get worse. Mandates are coming to every blue state, and every multi-state corporate entity. People will have to put aside their misgivings and accept the thing on faith that at least it won’t do grave harm.

My experience in driving and flying around the country over the last weeks introduced me to an America I’ve never encountered. It is a darker place, a country shattered by pervasive incredulity and seething with anger. The speed at which the decline has happened is startling, perhaps not as quickly as the Afghan government fell, but very fast by any historical standard.

I had an image of a Southern house I once toured for possible purchase. It was white with huge columns and a beautiful grandeur of a 19th-century plantation estate. The charm and beauty were overwhelming and I could not understand why it was selling for such a low price. The real estate agent explained that the whole foundation is cracked. That does change things, doesn’t it, even if you cannot see it.

The one truth about the cracked foundation meant the end of trust. And with the end of that, the value of the house sank. A year later, the house was torn down. No one would buy it. It seemed impossible to believe that something so beautiful on the outside would prove to be so worthless. Then one day it was gone. Later something with a stronger foundation was built in that very spot.

Most of us had no idea just how fragile the old normal was and how easily and quickly it could be replaced by something else, no matter how unworkable, irrational, and self-evidently ridiculous it all is. The lessons this teaches? We’ll spend a decade or more trying to figure that one out.

Meanwhile, we spend our days trying to enable two masked people behind plexiglass to communicate, a scenario forced on us in the name of stopping the spread. 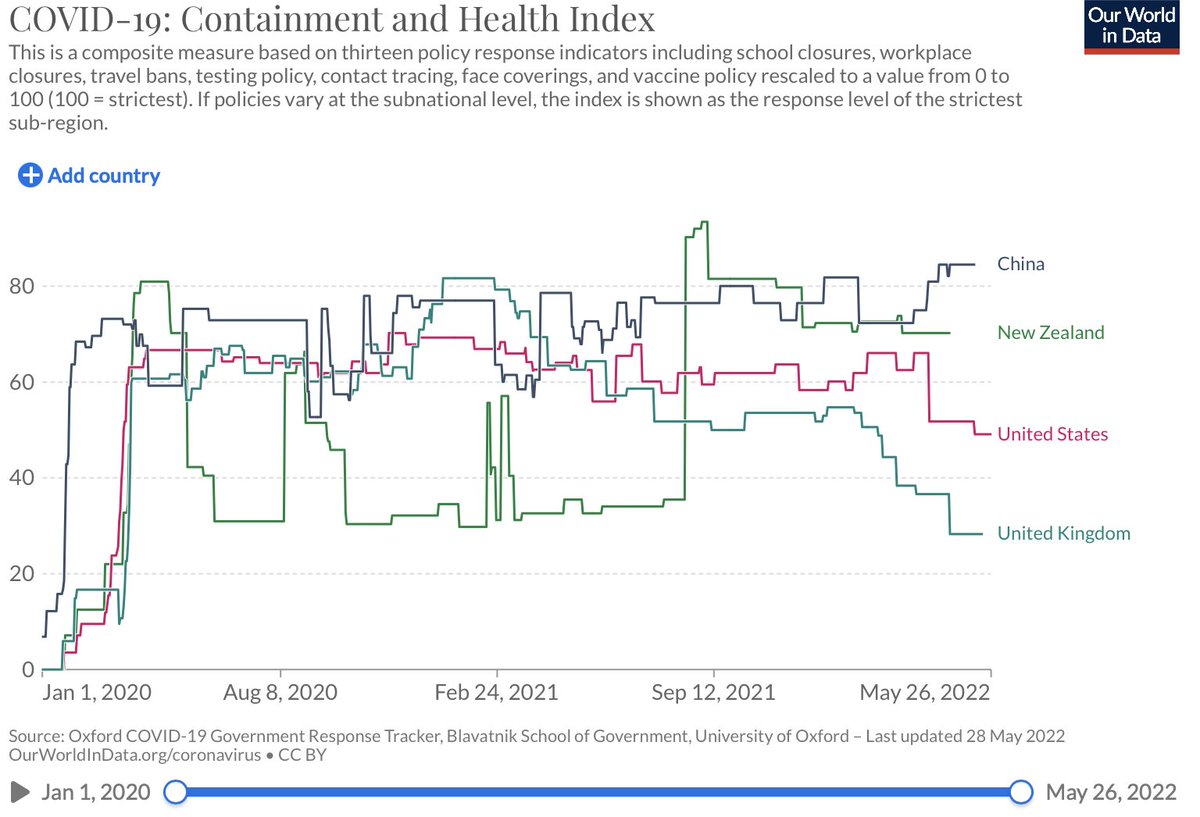 Jeffrey A Tucker · 2 hours ago
@jeffreyatucker
This app uses retail APIs to generate an open-source and real-time CPI: https://t.co/12TL1FmDeg
View on Twitter
2
17