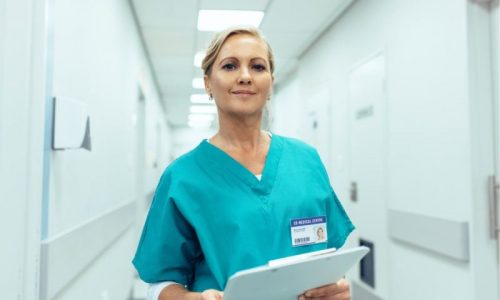 If you watch the national news, you hear nonstop and correct reports of crowded hospitals and morgues, exhausted overworked doctors… 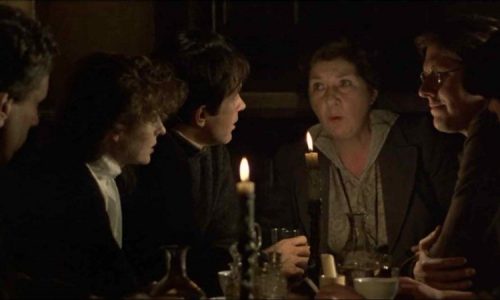 Jack Reed, the American communist who was buried in the Kremlin, is the author of the extremely exciting book Ten… 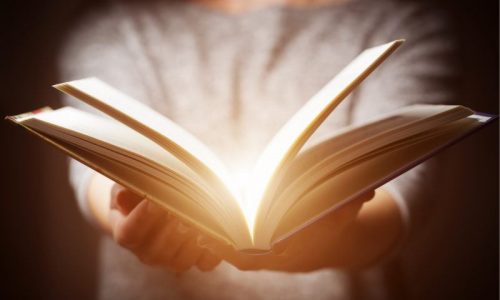 Thinking back to the information chaos of six weeks ago, we might be able to make some sense of the… 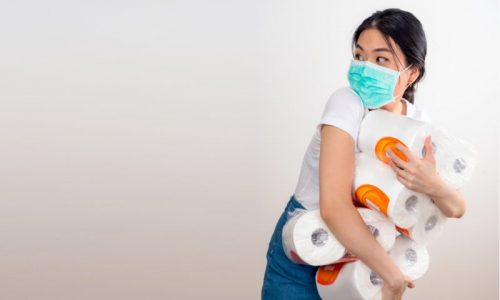 You are indeed conserving toilet paper. You have never had such an appreciation for it. It’s “white gold.” There it… 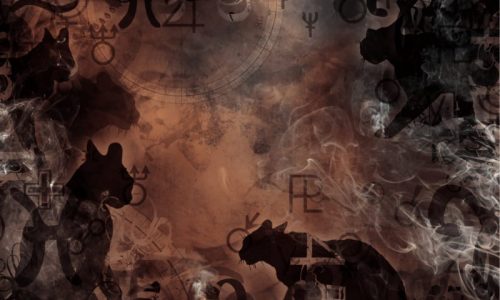 Like you, I try to get out once a day to keep clarity of mind, whether out for a walk… 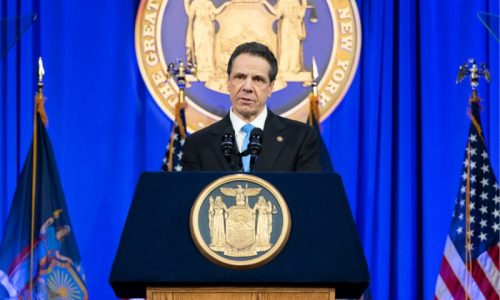 Andrew Cuomo, governor of New York, is moving up in the betting odds for getting the Democratic presidential nomination, even… 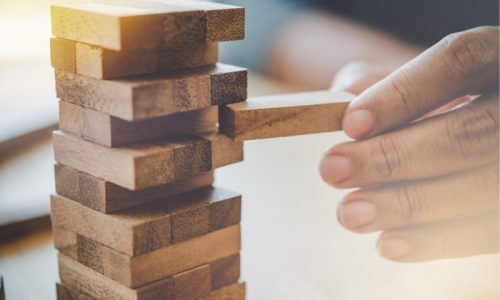 “Sadly, 12 years of stress tests and economic crisis planning never considered the possibility of a pandemic. Let us get… 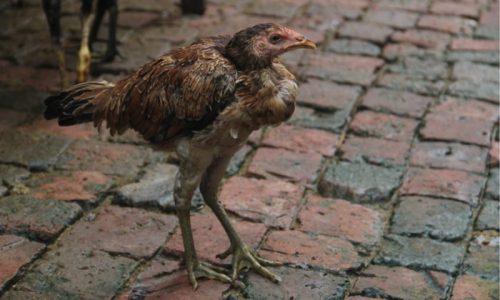 On November 1, 2005, President George W. Bush held a press conference in which he called for draconian measures and… 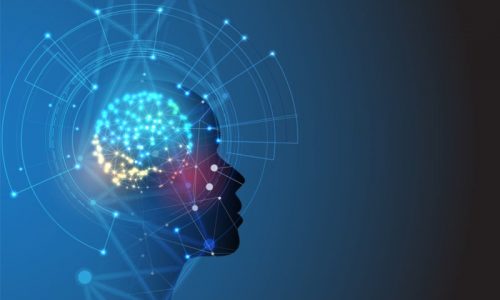 This pandemic crisis is not only about health and economics; we are also experiencing an epistemic meltdown. The core question… I’m writing on the first Saturday of the Coronapocalpyse. I just returned from a shopping trip in town. The laundromat…

Jeffrey A Tucker @jeffreyatucker
6 hours ago
Trump should get some competent and independent virus expert to give the whole nation and world a 30-minute seminar in basic virus knowledge, so we can at least restore what my mother knew 50 years ago. Fauci and Co. have been nothing but chaos.
View on Twitter
29
149

Jeffrey A Tucker @jeffreyatucker
9 hours ago
Thank you oh great one @MassGovernor for allowing us to eat outside, oh wise master of health and virus control, without whom we would surely all perish.
View on Twitter
24
126

Jeffrey A Tucker @jeffreyatucker
10 hours ago
Why Does the New York Times Deny the Obvious? https://t.co/luiO0KFGRB from @aier
View on Twitter
2
17

In reply toJames M. Ray 💎
10 hours ago
@Jamesmiltonray @GerardPerry13 And yet mainstream media chose only one side
View on Twitter
0
1

Jeffrey A Tucker @jeffreyatucker
11 hours ago
The public loss of confidence in government is extreme.
View on Twitter
65
403

In reply tot0dd
14 hours ago
@t0dd0000 link to a story about these young healthy now dead people? sounds like national news to me.
View on Twitter
0
1

Jeffrey A Tucker @jeffreyatucker
16 hours ago
"I stopped watching TV months ago. I do my own research. From what I've learned, the real problem is the government not the virus. I hope people learn from this." ~ wise words of a piano mover I just met
View on Twitter
66
292

Jeffrey A. Tucker2 days ago
I don't know whether to be happy or furious about this jobs report. To me it is absolute proof that this whole nightmare of the last three months was utterly pointless -- a ghastly intervention imposed via violence. Now we have a bit of freedom and look what freedom can do

The Recovery Has Begun, Ahead of Schedule
"Taken together, the most recent jobs report suggests we could see output recover to 90% or more by the end of August. That’s great news. But a complete recovery might take much longer than that." ~ William J. Luther
aier.org
118 9    View on Facebook

Jeffrey A. Tucker2 days ago
That this newspaper, a once venerable institution, has something to answer for is apparent. But instead of accepting moral culpability for having created a panic to fuel the overthrow of the American way of life, they turn on a dime to celebrate people who are not socially distancing in the streets to protest police brutality.

To me, the protests on the streets were a welcome relief from the vicious lockdowns. To the New York Times, it seems like the lockdowns never happened. Down the Orwellian memory hole.

In this paper’s consistent editorializing, nothing is the fault of the lockdowns. Everything instead is the fault of Trump, who “tends to see only political opportunity in public fear and anger, as in his customary manner of contributing heat rather than light to the confrontations between protesters and authority.”

True about Trump but let us remember that the McNeil’s first pro-lockdown article praised Trump as perfectly suited to bring about the lockdown, and the paper urged him to do just that, while only three months later washing their hands of the whole thing, as if had nothing to do with current sufferings much less the rage on the streets.

And the rapid turnaround of this paper on street protests was stunning to behold. A month ago, people protesting lockdowns were written about as vicious disease spreaders who were denying good science. In the blink of an eye, the protesters against police brutality (the same police who enforced the lockdown) were transmogrified into bold embracers of First Amendment rights who posed no threat to public health.

Not even the scary warnings about the coming “second wave” were enough to stop the paper from throwing out all its concern over “targeted layered containment” and “social distancing” in order to celebrate protests in the streets that they like.

And they ask themselves why people are incredulous toward mainstream media today.

The lockdowns wrecked the fundamentals of life in America. The New York Times today wants to pretend they either didn’t happen, happened only in a limited way, or were just minor public health measures that worked beautifully to mitigate disease. And instead of having an editorial meltdown over these absurdities, preposterous forecasts, and extreme panic mongering that contributed to vast carnage, we seen an internal revolt over the publishing of a Tom Cotton editorial, a dispute over politics not facts.

The record is there: this paper went all in back in February to demand the most authoritarian possible response to a virus about which we already knew enough back then to observe that this was nothing like the Spanish flu of 1918. They pretended otherwise, probably for ideological reasons, most likely.

It was not the pandemic that blew up our lives, commercial networks, and health systems. It was the response to the virus that did that. The Times needs to learn that it cannot construct a fake version of reality just to avoid responsibility for what they’ve done. Are we really supposed to believe what they write now and in the future? This time, I hope, people will be smart and learn to consider the source.

Why Does the New York Times Brazenly Deny the Obvious?
"It was not the pandemic that blew up our lives, commercial networks, and health systems. It was the response to the virus that did that. The Times needs to learn that it cannot construct a fake version of reality just to avoid responsibility for what they’ve done. Are we really supposed to...
aier.org
203 11    View on Facebook

Jeffrey A. Tucker updated their cover photo.3 days ago
Proof that the lockdowns not the virus caused the disaster: https://www.aier.org/article/unemployment-far-worse-in-lockdown-states-data-show/

Jeffrey A. Tucker3 days ago
There is now no way, in light of this study, to claim that anything other than the lockdown caused the economic collapse. This data are overwhelming. Don't let them lie to you.

Unemployment Far Worse in Lockdown States, Data Show
“In general, states that were still closed on May 9 had the highest average insured unemployment rates relative to the average for that same group on March 1. The unemployment rate of fully locked down states was at least double than states that had no formal lockdown.” ~ Abigail Devereaux
aier.org
213 7    View on Facebook