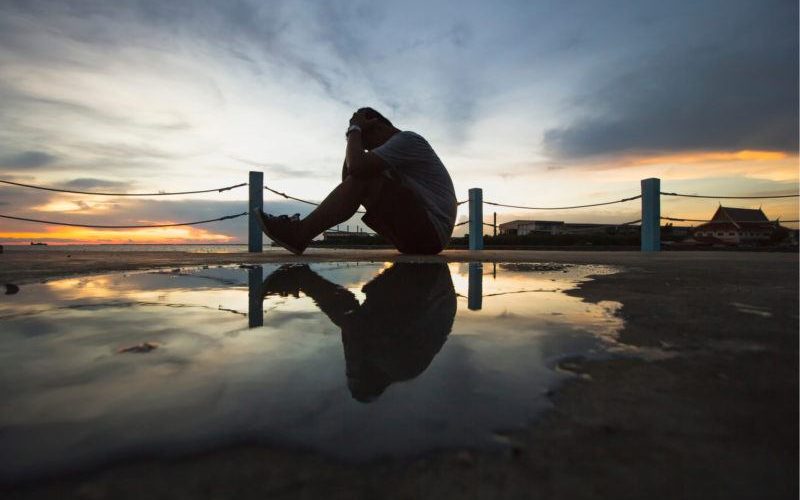 On March 28, the American Institute for Economic Research ran a terrifying article that didn’t receive the attention it deserved, even though the research behind it was impeccable and detailed. It was Drugs, Suicide, and Crime: Empirical Estimates of the Human Toll of the Shutdown. On suicide in particular, the article said the following:

Whether it is the direct unemployment effect or the potential poverty produced from the economic shutdown that leads to greater suicides, an increase from the 48,344 suicides and 1,400,000 suicide attempts in the US in 2018 should give decision-makers pause during their response to this pandemic.

That article created in me a sense of dread. The warning was issued but unheeded. And sure enough, we now read that “California doctors say they’ve seen more deaths from suicide than coronavirus since lockdowns.”

Doctors in Northern California say they have seen more deaths from suicide than they’ve seen from the coronavirus during the pandemic.

“The numbers are unprecedented,” Dr. Mike deBoisblanc of John Muir Medical Center in Walnut Creek, California, told ABC 7 News about the increase of suicide deaths adding that he’s seen a “year’s worth of suicides” in the last four weeks alone.

DeBoisblanc said he believes it’s time for California officials to end the stay-at-home order and let people back out into their communities.

“Personally, I think it’s time,” he said. “I think, originally, this was put in place to flatten the curve and to make sure hospitals have the resources to take care of COVID patients. We have the current resources to do that, and our other community health is suffering.”

Kacey Hansen, a trauma center nurse at John Muir Medical Center for over 30 years, says she’s not only worried about the increased suicide attempts but also about the hospital’s ability to save as many patients as usual.

By late March, more people had died in just one Tennessee county from suicide than had died in the entire state directly from the virus.

I’m thinking that you know many people who have privately admitted to you that they have variously entered into a dark place during these times. Unemployment and having your bank account drained can do that.

It’s not just about money. Even if material provision is present, the sudden loss of freedom and life control is demoralizing and debilitating. We have always taken it for granted in America that we are in charge of our own futures. Then one day, without warning, without consultation of voters, without votes from legislatures, it was all gone. Schools, bars, gyms, parks, and whole cities were forcibly shut by executive edict, all in the name of virus control with precious little thought put to the costs or legal protections we believed were in place to protect our freedom and property. Zoom became our social outlet – and it’s a very poor substitute for the real thing. Life purpose became unclear.

Which is what makes this New York Times headline so preposterous: Is the Pandemic Sparking Suicide?  The pandemic did this? Even the content alone shows that fear of disease pales in comparison to economic hardship in driving suicide. In addition, there is another huge factor: mandatory social separation is a psychological disaster.

“It’s a natural experiment, in a way,” said Matthew Nock, a psychology professor at Harvard. “There’s not only an increase in anxiety, but the more important piece is social isolation.” He added, “We’ve never had anything like this — and we know social isolation is related to suicide.”

So, yes, this can generate terrifying but predictable results. Again, the problem is material but, more profoundly, it is spiritual. Lockdowns crush dreams, impose a loss of control, separate you from friends, surround you people with police ready to arrest you for doing what only a few days earlier was perfectly normal and legal. It just didn’t seem possible that something like this could happen in America but it did.

At the same time, we are profoundly aware too that many people have been enthusiastic participants in lockdown culture. Given the scant science and medical evidence that they save lives, that they are actually achieving the goal, how can we account for the many people who not only did not enter into a dark place but rather found new purpose through them?

I draw your attention to a neglected classic: War Is a Force that Gives Us Meaning by Chris Hedges. Hedges was a foreign affairs correspondent for the New York Times, and travelled the world covering war zones in Latin America, Sudan, and other hotspots. He began to notice a pattern in modern war. It not only rattled front-line soldiers. It shook entire societies and corrupted everyone. Everyone in society was dragged into it, many on the side of the state and believing that they were on a eschatological mission to defeat evil. They turn against dissidents and those who are insufficiently enthusiastic.

“The communal march against an enemy generates a warm, unfamiliar bond with our neighbors, our community, our nation, wiping out unsettling undercurrents of alienation and dislocation,” he writes. He concludes that in societies where regular life and peace seem to lack meaning for people, war gives them that meaning and purpose.

This book keeps coming back to me when people ask how it is that these lockdowns seem to have enjoyed some measure of public support, at least in the first month or so. It’s a difficult question to answer since human beings don’t usually welcome being treated like animals and pushed around with billy clubs and sprayed with mace when they resist. On the other hand, violence, shock, and awe can feel temporarily satisfying and meaningful for people who have otherwise lost a sense of life purpose.

These days in which I’m writing feel very good as compared with the last three months. People are coming to their senses and things are opening up. So many people have said something to me about how they are “so over this.” Good. I’m also receiving fewer calls from friends who are despondent. Maybe the worst is over.

And yet that data will be pouring in for many months and years: suicides, overdoses, domestic abuse, and every manner of social pathology. It was predicted and predictable. And tragically, many businesses that could help in the mental-health recovery process have closed due to the lockdown. For years we will be left with the question of why. It’s too early for final answers, but the question will haunt us for the rest of our lives.

Jeffrey A Tucker @jeffreyatucker
7 hours ago
Trump should get some competent and independent virus expert to give the whole nation and world a 30-minute seminar in basic virus knowledge, so we can at least restore what my mother knew 50 years ago. Fauci and Co. have been nothing but chaos.
View on Twitter
29
152

Jeffrey A Tucker @jeffreyatucker
10 hours ago
Thank you oh great one @MassGovernor for allowing us to eat outside, oh wise master of health and virus control, without whom we would surely all perish.
View on Twitter
24
126

Jeffrey A Tucker @jeffreyatucker
12 hours ago
The public loss of confidence in government is extreme.
View on Twitter
66
406

In reply tot0dd
15 hours ago
@t0dd0000 link to a story about these young healthy now dead people? sounds like national news to me.
View on Twitter
0
1

Jeffrey A Tucker @jeffreyatucker
17 hours ago
"I stopped watching TV months ago. I do my own research. From what I've learned, the real problem is the government not the virus. I hope people learn from this." ~ wise words of a piano mover I just met
View on Twitter
66
292

Jeffrey A Tucker @jeffreyatucker
19 hours ago
"Active contact tracing is not recommended in general because there is no obvious rationale for it..." ~ World Health Org, just last year https://t.co/gCBqPv0jwY
View on Twitter
44
113