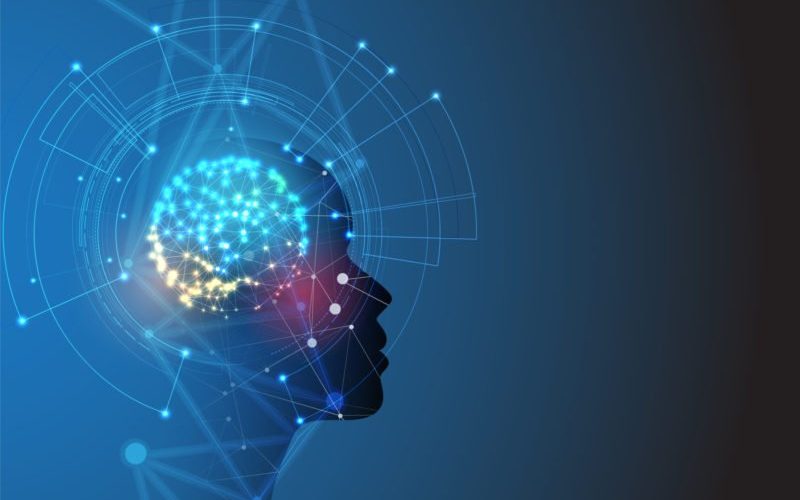 This pandemic crisis is not only about health and economics; we are also experiencing an epistemic meltdown. The core question concerns: knowledge. Information. Accurate information. What are the risks? The infection and death rates? The demographics? The geography of the spread? How contagious, how deadly, how can we know, and how can we find out? Who can we trust with such wildly divergent opinions out there?

Everyone is doing their best poring over the data we have and can access thanks to digital media, places such as OurWorldinData, simply because the government’s official page at the CDC doesn’t provide enough data and its employees apparently take off for the weekend. Based on what we see, the infection rates are falling, defying the direst predictions. But the data are incomplete: testing is not universal, incubation rates are uncertain (5 to 14 days), and data in general rely on collection, which is itself an unscientific enterprise.

But think about the following. Above all else, the number one question people have in this crisis is: do I have the Coronavirus? This more than anything else is the central concern. Remarkably, Americans did not know and had no means of finding out. The reason is now clear: the Centers for Disease Control had previously nationalized all disease testing. A government bureaucracy like any other. It’s hardly surprising that it completely flopped.

AIER already explained how a private researcher, funded by the Bill & Melinda Gates Foundation, was forcibly prevented from producing and distributing a valid test. The CDC said no.

Now, more details are rolling in about how all this went down, thanks to intrepid reporters who smelled a rat. The CDC in the first week of February sent 160,000 tests to labs around the country. The tests were faulty and produced confusing results. They were withdrawn, just as private laboratories fixed the test.

Still, no approval was being given for private labs to produce tests. For the very curious, you can read the many stories of private labs who were begging for a chance to do something about the problem. The red tape, confusion, power struggles, and information blockages are being documented by the day.

The U.S. efforts to distribute a working test stalled until Feb. 28, when federal officials revised the CDC test and began loosening up FDA rules that had limited who could develop coronavirus diagnostic tests.

The CDC/FDA bans on private tests were done in the name of health and safety. That was the period in which panic enveloped the nation. No one knew. We had no means to find out. Everyone and everything flipped out. We replaced knowledge with insanity.

F.A. Hayek was right that the use of knowledge in society is the central issue in economic and social organization. We had been cut off from the knowledge flow that otherwise would have been ours had we left this issue entirely to the private sector, which would have brought a Coronavirus test to you as quickly as you can order a pizza.

Instead, there was nothing but confusion.

Shortly after Feb. 28, when CDC officials announced the decision to reconfigure the CDC test, the number of those tests run by public health labs soared, from roughly 25 or fewer per day to as many as 1,500. At the same time, authorities were allowing other facilities to use their own tests — including Cleveland Clinic, Stanford and Greninger’s at the University of Washington.

Even so, complaints of testing scarcity continued to roll in last week. As tests become more widely available, experts and officials have cautioned that a backlog will continue because of critical shortages: swabs to collect patient samples, machines to extract the genetic material from the swabs, workers qualified to run the tests.

Even if those problems are resolved, however, those critical early delays, when the CDC was struggling to issue tests to the states, significantly damaged efforts to contain the spread of the coronavirus, experts said.

In a CDC tele-briefing on Feb. 29 that included some local and state public health directors, local officials lamented the initial inability to test. A reporter asked: “Did the lack of testing capabilities delay finding out who these cases were, particularly the person who died?”

In answering, Jeff Duchin, the public health chief in King County, Wash., where 37 deaths have been reported, suggested the lack of tests was critical, in addition to the fact that authorities had limited who could be tested. Initially, they had said tests would only be used for those who had traveled in affected regions of the globe or had otherwise been in contact with an infected person.

The void created by the CDC’s faulty tests made it impossible for public-health authorities to get an accurate picture of how far and how fast the disease was spreading. In hotspots like Seattle, and probably elsewhere, COVID-19 spread undetected for several weeks, which in turn only multiplied the need for more tests.

Lacking that knowledge, public officials freaked out. Stay home. Keep your distance. Everyone is a suspect. Anyone and everyone could be positive for Corona. Socially shame anyone out and about. Board up the bars!

It was this sense, along with utter panic on the part of public officials, that led the markets to crash. After all, you can’t have an economy if people cannot engage and trade, can’t go to work, can’t distribute goods and services, and forget about investment.

And here we find the key to understanding why this Coronavirus has produced a social and economic calamity, whereas the H1N1 (Swine flu) from ten years ago is barely remembered by most people. It came and went with a large health cost (infections: 57 million; fatalities 12,469) but low cost otherwise. The critical difference was that the CDC worked with private laboratories and medical facilities to get the test out there. A few public schools closed for part of the day but there was no panic, no large economic loss. You can read about the response here.

In the midst of all of this, this panic learning and trying, this speculation and searching, this mass national confusion, this endless and chaotic longing to know, this constant grasping for intelligence, one thing became certain: states at all levels decided to act. As if they knew the right course. And they acted with extreme force. And their message was always the same: stop whatever you are doing and do nothing instead.

This was and is the ultimate expression of nihilism, the chaos that follows ignorance. Officials in this country decided to shut down society – as if this were even possible – as a replacement for reliable, usable, actionable knowledge that we were all forcibly prevented from gaining when we most needed it.

It’s a classic pretension of knowledge about something that the government itself is clueless about. They tried to plan without reliable signs or signals. That’s a recipe for chaotic, hasty, haphazard, and internally contradictory policy decisions, all driven by the need to maintain an appearance of an official response.

Such circumstances are ripe for abuse. We got censorship of the problem when it first emerged, and now other governments trying to cover their own rears for chaotic inaction as it’s played out. Then all the vultures arrive, trying to append their pet political projects to the response: authoritarian busybodies like Cuomo and de Blasio instinctually calling out the police or calling for nationalization of industry, Bernie using it to make the case for Medicare for All, the UBI crowd trying to build that into a stimulus, the nationalists demanding a shutdown of global trade.

Right now, there is a huge debate in this country about how bad Coronavirus really is. Some people are saying that we are all going to be infected. Many will die. Others are saying that this is completely overwrought, that authorities have overreacted, and that viruses burn themselves out and that the casualties will be few. The problem here is that we haven’t had access to reliable, scientifically valid information either to avoid panic and behave in a rational way.

The contrast with South Korea, where infections have fallen and fallen, is striking. There were no shutdowns, no geographic quarantines, no panics. Society was open for business. Life went on as normal but for one thing: people had access to testing, which is to say that people were given access to the essential and most important piece of information that was necessary at the time.

That was not the case in the US.

And that is a major source of the problem. The information problem turns out to be critical for the survival of economic life, exactly as F.A. Hayek discovered in the 20th century. Those information flows, when they are cut off by force, for whatever reason, and in whatever form, lead to chaos. A tragic and deeply damaging chaos.

The ray of hope is that reliable tests are going to be distributed widely in the coming days, and that will solve the great epistemic crisis created by the CDC/FDA. There is hope and light at the end of this very dark tunnel of ignorance.

Jeffrey A Tucker @jeffreyatucker
6 hours ago
Trump should get some competent and independent virus expert to give the whole nation and world a 30-minute seminar in basic virus knowledge, so we can at least restore what my mother knew 50 years ago. Fauci and Co. have been nothing but chaos.
View on Twitter
29
149

Jeffrey A Tucker @jeffreyatucker
9 hours ago
Thank you oh great one @MassGovernor for allowing us to eat outside, oh wise master of health and virus control, without whom we would surely all perish.
View on Twitter
24
126

Jeffrey A Tucker @jeffreyatucker
12 hours ago
The public loss of confidence in government is extreme.
View on Twitter
65
403

In reply tot0dd
14 hours ago
@t0dd0000 link to a story about these young healthy now dead people? sounds like national news to me.
View on Twitter
0
1

Jeffrey A Tucker @jeffreyatucker
16 hours ago
"I stopped watching TV months ago. I do my own research. From what I've learned, the real problem is the government not the virus. I hope people learn from this." ~ wise words of a piano mover I just met
View on Twitter
66
292