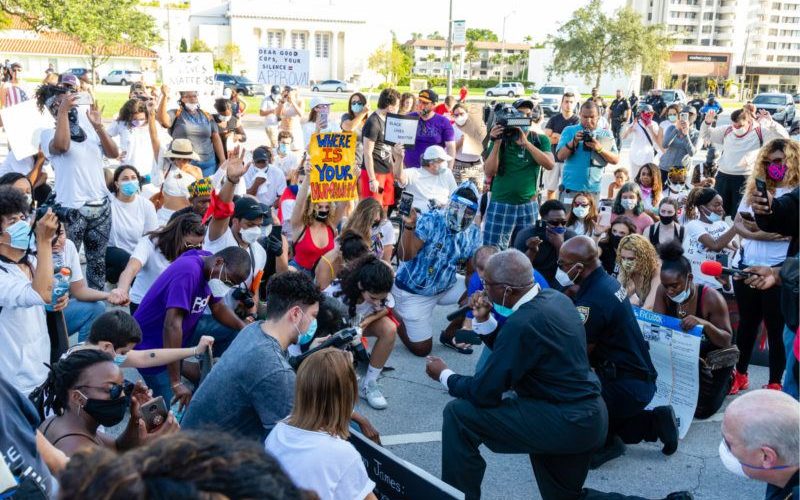 From early in the lockdown days, it became clear that this crisis would not make us “come together” and be “better people.” It would not be like 9-11. Instead, it would shatter our lives and make us worse people. We would turn on each other, engage in dramatic deeds that would hurt and harm people we like and love, and push our political agendas ahead of basic humane values.

Dogs eating dogs, suitable for a people muscled and bludgeoned as if we are animals.

Massive state intervention unleashes all kinds of hell, and this is one kind.

An example here has been the shocking lack of empathy that people have shown toward the plight of others over these months. I had people tell me the “lockdowns have been just fine” for them – because they are stay home people, have a cool tech job or whatever – and therefore all the anger about the lockdowns is completely overwrought. They tried to pass this off as doing good for others, and even the government awarded them points for staying home.

What about a bit of empathy for the waiters, actors, musicians, athletes, hotel workers, airline employees, and all the technicians associated with all affected industries, who saw massive financial losses and job losses? Not a tear shed for the small business owner wrecked. No concern for the parents who have their children’s schools closed. And who could possibly care about the millions locked out of their churches on Easter?

Apparently, there is a whole class of people out there who are just thrilled to work in their PJs and expect the world to deliver unto them food, liquor, electricity, music, and high-speed internet, just so long as everyone else is out there hustling to make it all happen. They looked at the protests against the lockdown and said: “Hey, they should stay home and be a hero like me! What’s wrong with these people?”

Certainly most mainstream reporters seemed to hold this view. The protesters back then were bad guys while the compliant stay-at-homers were the good guys. I would suggest the opposite is closer to truth: the protesters were those who showed empathy for others, and also moral courage in the face of media attacks.

To sit at home in those days and sneer at those who were out doing good – exercising their freedoms and rights to help others regain theirs – suggests a dark worldview, almost pathological, because it shows a fundamentally anti-social outlook of selfishness and disregard for the millions (and billions) who have suffered so much from the coercive shutdowns.

You see the same lack of concern for others in the models that drove the closures in the first place. They treated human beings as nothing but data to manipulate and then sloganize to make us comply.

A pretty important basis of civilization is the capacity of a people to tie their personal happiness to the awareness of the possibility of happiness of others too. Systematic injustice and oppression should trouble us, and inspire us to do something about it. The mandatory closures and vicious division between essential and nonessential people amounted to that.

This is why the George Floyd protests — not the riots but the protests — were so hugely important to breaking out of this immoral indifference to the plight of others. It was the moment when Americans finally rediscovered their capacity for empathy, after three months in which it was beaten out of them. We looked at the cop’s knee on the man’s neck and, though the racial element here is very obvious, the oppression at the hands of rulers is a universal experience. It could have been any one of us.

Sometimes experiencing injustice ourselves is the most direct path to gaining an understanding of what others go through. It was my first experience of being arrested (for nothing) and thrown being behind bars that put my own passion for emancipation of everyone into high gear. After that, I wrote about the topic of liberty with new fire. It was the single most influential thing to occur in my adult years.

So too for millions of people, the lockdowns have given them new awareness of the disproportionate power of politicians and the police state. It was not be forgotten. It will likely change this country for decades.

To be sure, for many people, these protests are just the fashionable thing to do, just another way to virtue signal. To this I would say: it is in fact a virtue to care about someone besides yourself, to feel pain in the presence of suffering even if it is not against you, to give of your time and energy to making the world a less violent place, in everyone’s interest.

For all the people who felt so “virtuous” about staying home and sneering at those who hated the lockdown, I would say that is not virtuous. It is scary and dangerous. Finally being out on the streets, caring about others while exercising our rights, that is indeed making us better people. We are also better people if we celebrate the business owners who make it through this hell, congratulate everyone who did not or could not “stay home,” while casting aspersions on any politician who continues to keep restrictions in place.

Having empathy, suggests Adam Smith, is a foundational principle of life and the basis of being a good person.

“How selfish soever man may be supposed, there are evidently some principles in his nature, which interest him in the fortune of others, and render their happiness necessary to him, though he derives nothing from it except the pleasure of seeing it…. As we have no immediate experience of what other men feel, we can form no idea of the manner in which they are affected, but by conceiving what we ourselves should feel in the like situation.”

With the reopening and with the street protests around the country, we are rediscovering what it means to have empathy for others and to express that with boldness. Would that we had done so three months ago too. Perhaps we somehow had to go through this time to experience the kind of world in which we do not want to live – closed, cold, cruel – and to remember what we do want for ourselves and country: to be good people who care for others and show it in the warm sunlight of freedom.

Jeffrey A Tucker @jeffreyatucker
41 minutes ago
This is not good. The underlying damage that lockdowns have caused will be with us for a very long time. https://t.co/yFueZAjWoE
View on Twitter
10
19

Jeffrey A Tucker @jeffreyatucker
2 hours ago
Whoa, it turns out that deploying government to control a virus might even be more error-prone than planning an economy. https://t.co/d1HQbLcTVH
View on Twitter
19
37

Jeffrey A Tucker @jeffreyatucker
2 hours ago
We are learning about the real operation of journalism in this country. If you are aspirational, you must tow the line or risk being marginalized. That's enough to explain why we see so very little lockdown dissent in the big media.
View on Twitter
20
95

Jeffrey A Tucker @jeffreyatucker
3 hours ago
The Case for Lockdown Reparations https://t.co/0Stjq9sNKZ from @aier
View on Twitter
9
23

Jeffrey A Tucker @jeffreyatucker
4 hours ago
All must bow to the technocratic discipline of the disease mitigators. And notice too how little medical therapeutics even figure in here. It’s not about making people get better. It’s about controlling the whole of life. https://t.co/jAdGWnrshA from @aier
View on Twitter
43
95

Jeffrey A Tucker @jeffreyatucker
4 hours ago
The lockdowners have had surprising success in convincing people of their wild views. You only need to believe that virus avoidance is the only goal for everyone in society, and then spin out the implications from there. https://t.co/jAdGWnrshA from @aier
View on Twitter
34
78

Jeffrey A Tucker @jeffreyatucker
4 hours ago
Lockdown: The New Totalitarianism https://t.co/jAdGWnrshA from @aier
View on Twitter
8
21